How to Pick a Budget Electric Bike 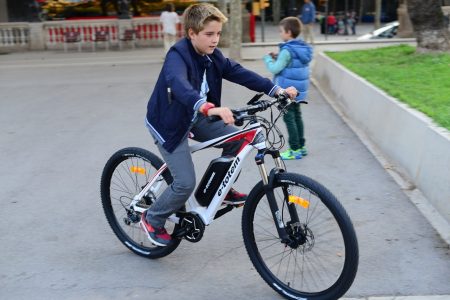 At first glance, an electric bike sounds like something an eccentric millionaire would own – and we’ve seen plenty of those bizarre structures in our lifetimes. At second glance, you might wonder who on earth would need an electric bike, since bicycles are already propelled by physical power. At third glance, you can actually some of the benefits of this oddity.

Electric bikes are one of those new inventions where someone sat down and decided they could improve upon a tried and true object by making it electric. From the electric razor to the electric knife, these inventions raise in usefulness. But the electric bike actually manages to stand out by improving the power of a person’s pedals so they move faster and can travel greater distances without getting tired.

The downside is this zany invention can cost well over $1,000, especially if you want a model that will allow you to zip through the streets and annoy everyone around you. Luckily, there are a couple of tricks to finding a good budget electric bike that won’t electrocute you or leave you wondering why you spent the money in the first place.

What Makes a Good Electric Bike?

People don’t always understand electric bikes. They were developed to help individuals travel greater distances without having to do a ton of manual labor, making them favorites of people who are handicapped, elderly, or need to regularly travel large distances for work or pleasure. 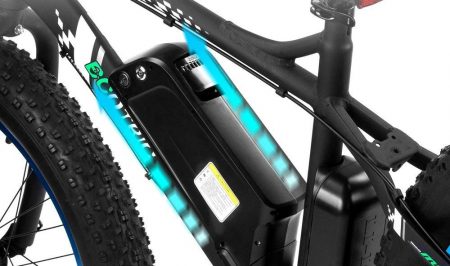 Because of their design, electric bikes need to be recharged and have a decent battery life. Those that don’t can become difficult to pedal, since pedaling jump-starts the motor and allows users to cruise at speeds up to 20 mph. So, one of the first characteristics you need to consider before purchasing any electric bike is how much battery power and life you want.

In general, electric bikes use a rechargeable down-tube battery that has anywhere from 24-48 hours of continuous power. So, when you stop pedaling, the battery isn’t draining.

Long battery life is always convenient, especially for someone who wants to use the bike for regular commuting and travel. Individuals who want to use this type of bike for riding in the mountains or going on cross country treks might want to choose a model with a more powerful battery.

However, one of the perks of these bikes is that when the battery goes out, the bike can still be pedaled normally.

All bikes are not built the same. Some electric bikes will have wider, heavier frames, which means they will need to use the battery more to get up to speed. One of the conveniences of these heavier frames, though, is more durability.

However, for lighter use, a smaller frame made of aluminum or a similar lightweight metal is a good idea. Most lightweight frames are also convenient because they can be folded, so you don’t have to worry about storage.

What Traits to Look For 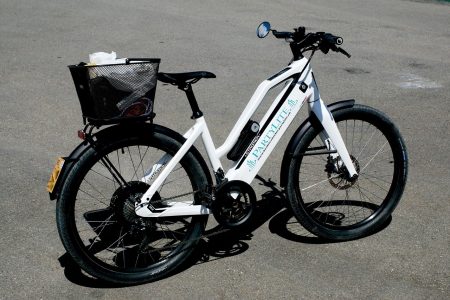 There are a couple of places an average person can cut corners depending on their unique scenarios. If you’re someone who would use this bike to get to and from work, you might be willing to sacrifice a bit on the frame to get better battery life. This enables you to cruise to and from work without worrying about the charge running low.

You should also pay attention to the estimated battery life when buying. Many companies will make their bikes sound like they are long lasting to American audiences by using kilometers instead of miles. The standard budget electric bike can maybe go 50 km., or about 36 miles, before the charge runs out. Plan your routes before you buy!

One good trait to lookout for is weight. Electric bikes can be heavy, especially when they are made in a factory and not rigged up at home. A heavier bike is naturally more difficult to pedal, so be realistic about your own capabilities.

If your bikes runs out of juice, do you have the strength to move it on your own?

Finally, pay attention to cost. Electric bikes can be expensive, costing people who buy a factory model up to $5,000 – yes, more than your first car probably cost you. However, it is still possible to find good budget models by balancing battery life with a more modest frame.

Budget electric bikes aren’t just for eccentric millionaires – now they can be for that insatiable weirdo in everyone. Many recent models have hit the market, including some great options for the temporarily embarrassed billionaire in all of us. These include:

These reach speeds between 15 and 30 mph and have lightweight yet durable frames that make them easy to ride. Just remember to invest in a good bike lock so your new budget electric bike doesn’t get stolen.

There are tons of oddities out there in the world, and the electric bike is one of them. Whether or not they will usher in a new era of transportation remains to be seen, but that doesn’t mean you can’t travel in style for cheap. Why not get an electric bike and lower your transportation costs, physical strain, and overall exhaustion in one go?

It will certainly keep you out of traffic, since these aren’t meant to be directly on the road. Finally, remember that the United States has some weird driving laws, so make sure you don’t need a license to operate your budget electric bike. Sometimes states will not allow any motor vehicle that goes above 20 mph to be operated by someone under the age of 16, or any individual who doesn’t have a license.

Sophie Elise is a passionate cyclist, author, and blogger. She is very passionate about writing on different types of women’s bikes, accessories, health, fitness and more. She regularly writes on sportsly.net.

Note: This post is a sponsored story by sportsly.net.