Wherever there are governments, there are weird laws and the rules of the road are no exception. Here are some of the strangest driving laws we could find -and these are all very real unlike some of the fake ones you see online. Of course, remember that no matter how strange they are, breaking any of these rules is still against the law and could result in a ticket, which may leave you with heavy fines or even higher insurance rates. And if you are unsure about the type of insurance coverage you require for your car insurance, consider consulting well-known providers like Youi for some professional expertise.

Special thanks to Dumb Laws and The Zebra for the list item ideas.

1Keep Your Tires Clean in Minnesota 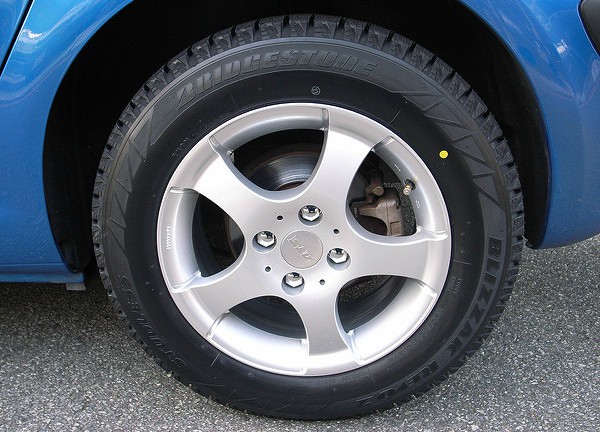 In Minnetonka, Minnesota, it is illegal to drive "a truck or other vehicle whose wheels or tires deposit mud, dirt, sticky substances, litter or other material on any street or highway." That's right, your tires had better be clean or you're considered to be in violation of the law. If everyone actually follows these rules, then Minnetonka must have the cleanest streets in the nation. 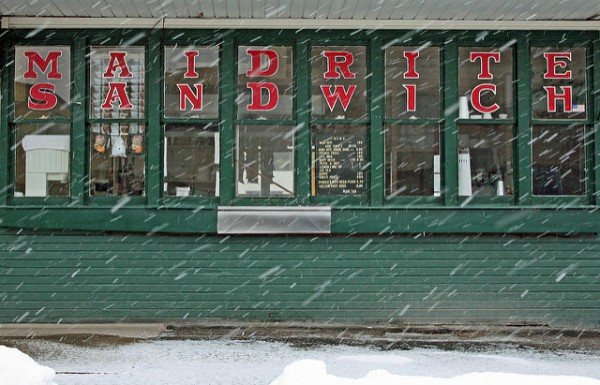 According to Little Rock, Arkansas Code 1961, section 25-74, "No person shall sound the horn on a vehicle at any place where cold drinks or sandwiches are served after 9:00 p.m." And yes, that's a direct quote so there's no room for interpretation here. I guess you'd better get your honking out before 9 PM or take it somewhere that sandwiches and cold drinks are off the menu.

3Make Sure Your Pet Doesn't Molest Any Vehicles in Kentucky 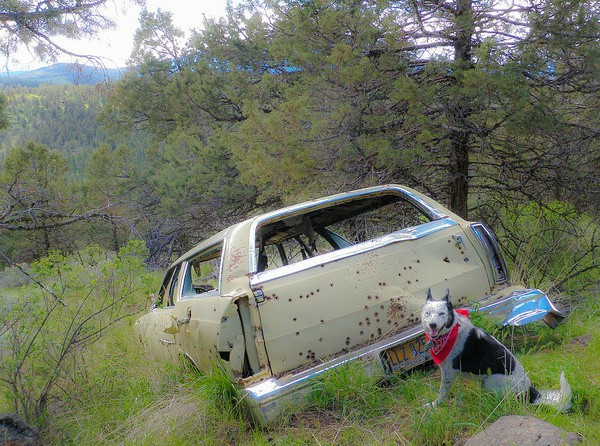 Yes, we're using the formal, legal version of "molest," which isn't sexual, but instead means to pester or harass, but either way it seems strange that Fort Thomas, Kentucky feels it necessary to outlaw pets from molesting passing vehicles. I guess they had a problem with too many dogs chasing cars, but pets don't generally care if there are laws banning what they want to do. 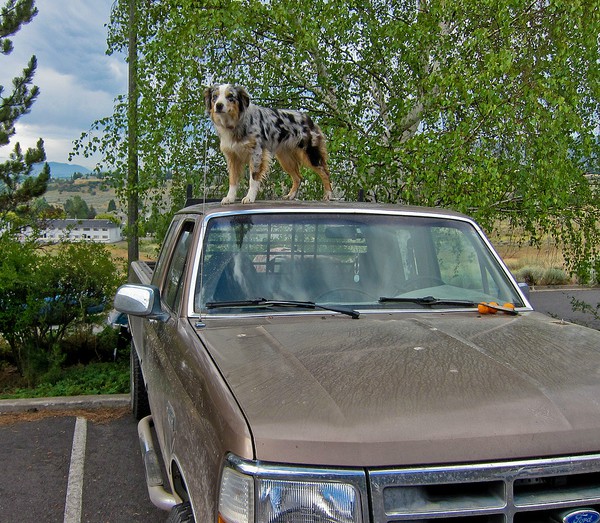 I guess Mitt Romney wouldn't be able to take any family vacations there since he seems to think man's best friend belongs on the roof of a car, but for the rest of us, this Anchorage, Alaska law should be common sense. To be fair, the law was written to ban people carrying their dogs loose in the back of trucks where the pup might get hurt, but in practice, it also prevents dogs from riding on car roofs as well. 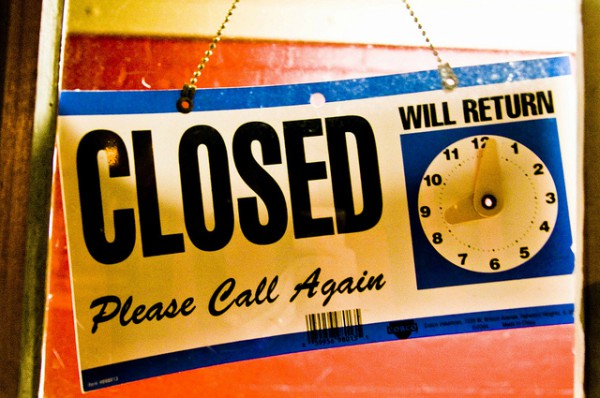 In 14 states, car dealers are not legally allowed to be open on a Sunday and many cities have similar laws. Even in states and cities where dealerships can be open on Sunday, there are sometimes restrictions on what time they can be open or that require a dealer to choose to be closed on either Saturday or Sunday. 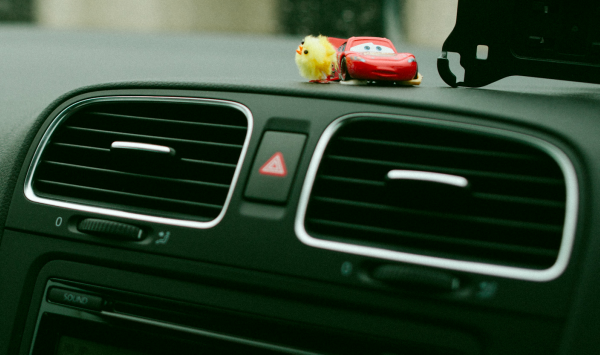 Have you ever used your hazard lights because you knew your car was going slower than others around you, whether because of an obstacle on the road, whether conditions or vehicle problems? Well using your hazards while driving is actually illegal in many states, including Hawaii, Alaska, Florida, Illinois, Kansas, Louisiana, Massachusetts, Nevada, New Mexico and Rhode Island.

7Always Buckle Up... Your Pets in New Jersey 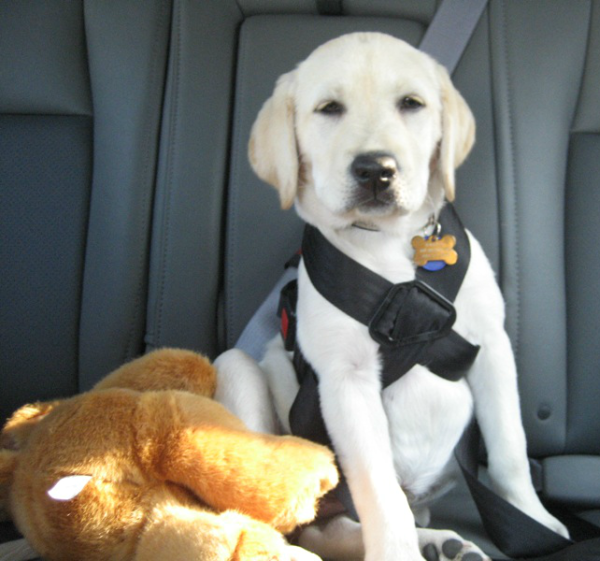 You know how important it is to buckle your seat belt, but most people don't think twice about putting their pup in the car or back of a truck without a restraint. Failure to do so can result in a ticket that will cost you between $250 to $1000 -which is particularly high considering a ticket for a human not wearing a seat belt is only $46

8Watch Out for Young Drivers in South Dakota 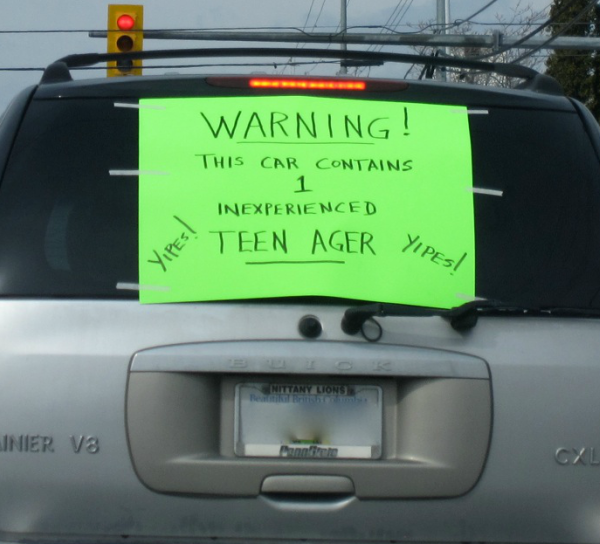 Terrified of teen drivers? You'd better stay out of South Dakota, where the legal age to obtain a license is only 14. Of course, if you're a parent tired of driving your teen everywhere, you might want to move there.