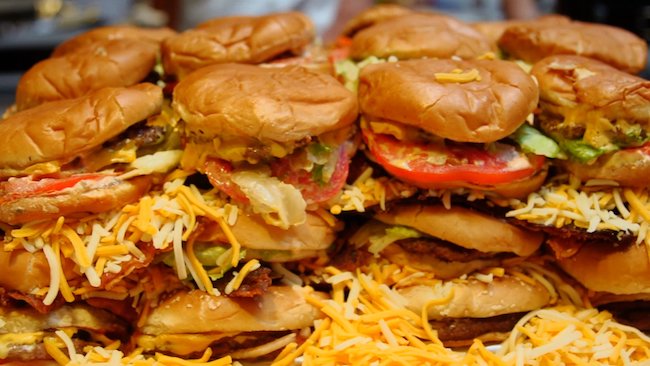 A recent poll asked current and former restaurant employees the foods to avoid at popular eating spots. The answers are stomach turning.

For an entire summer, before my junior year of college, I spent nine hours a day painting dorm rooms at an exclusive prep school. The painting crew consisted of myself, my best friend who got me the job, and two guys from Jamaica.

Both men were incredibly friendly, did 95% of the work while my friend and I slept off hangovers, and consistently cracked us up with stories, expressions and countless rules about life.

Ronnie, the younger of the pair, had one hard and fast rule that has stuck with me to this day (mostly because I asked him about it every day.) He would never eat in restaurants. Ever. Even if his family went out for a meal, he’d just sit and watch and pay the bill. His reason? “I’ve worked in too many places and seen too many things.”

I think about that every time I eat out. That advice hasn’t stopped me, but I still worry about what’s going on the kitchen of my favorite food joints.

A recent Ask Reddit thread brought Ronnie’s rule back to mind. The question? “Redditors who work at chain restaurants, what dishes should be avoided at your establishment?” The answer? Pretty damn stomach turning.

But before we jump into the responses it should be pointed out that more than a few present and past employees came to the defense of many food places. So it should be noted that these examples are about certain places and not all eating establishments. In other words, not every RESTAURANT X sucks but a specific RESTAURANT X is horrendous.

Now onto the awfulness. Here are some foods to avoid at certain fast food and chain restaurants.

“Used to work at McDonald’s. Honestly, the food safety standards are high there but it depends on the store. I was lucky enough to work at a well-maintained store. If anything was to be avoided, I’d say any products that don’t sell that well e.g. Fillet-O-Fish, just because the product sits there waiting to be used. If you’re unsure, just ask for the food to be fresh and they’ll cook it for you.”

Something Is Worse Than Fishey

“I worked at a Sushi restaurant for a few years and was introduced to the wonderful world of Escolar aka super white tuna aka butterfish. It tastes pretty good and yes has a buttery consistency. Early in my employment, the chefs sent me home with a bunch of different cuts of fish. They must have sent me home with 12 sashimi slices of Escolar. Me being me I ate it all.

The next day I went to work and had a weird stomach ache. Went to the bathroom and looked down at what I have created and to my surprise it looked like I had dumped a few cups of olive oil in the toilet.

I panicked and immediately looked up what the hell was wrong with me. Turns out the culprit was none other than Escolar. Want to know why it is has a buttery consistency? Could it be a specific fatty cut? Nope. Wax. Fucking wax. The Escolar can not digest wax ester and deposits it into its flesh.

It won’t kill you. You can have a few slices but at this point I look at it as a junk item on a menu. Most reputable sushi restaurants won’t even carry it because Escolar is illegal to serve in Japan.” 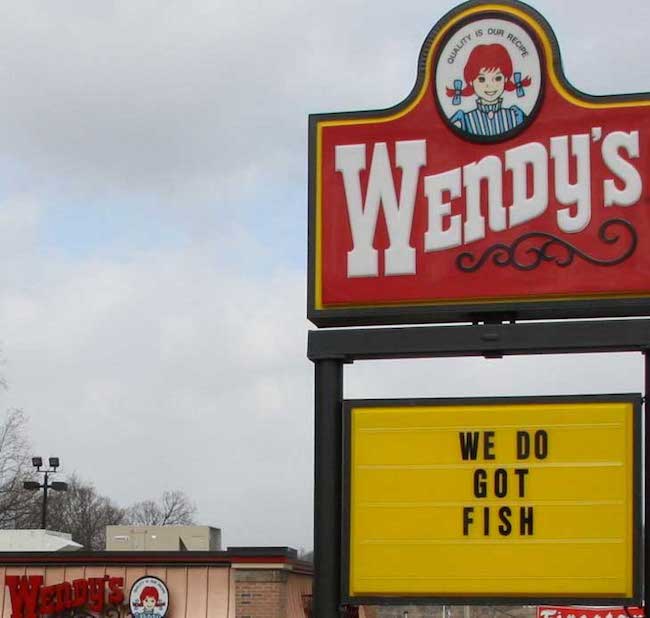 “At Five Guys we cook bacon on the same grill we make the ‘vegetarian’ sandwiches on.”

“At Outback Steakhouse, don’t get french fries or you’ll be sharing them with every and any server that could get their bare hands on them while your foods being plated.”

“At Buffalo Wild Wings, if your wings don’t take at least 10 min to come to your table, you’re getting old crusty wings. We were supposed to cook a minimum amount each time, and they could only sit so long, and then we got our asses chewed for high waste. So we stopped wasting old wings and served nasty crusty wings. This is especially bad between 12:45 and 4:30. Once it hits dinner rush it usually isn’t a problem. But happy hour was always a problem.”

Just The Food Will Kill You
“I asked two friends who work at Chick-fil-A if there was anything to avoid – their response was “no, not unless you’re counting calories – if that’s the case, avoid everything”

“Worked at Max Brenner. Some cold drinks come with a metal straw that is impossible to clean inside of, so there’s loads of old chocolate and other drink gunk stuck inside. Either avoid those or request for a plastic straw.”

Not So Fresh Feeling

“The Fresh Market. Do not get the olives from the olive bar. Studio Movie Grill. Everything, pretty much. So little care goes into cleaning the dishes. I once saw a plate with hard cheese on it after being washed. I was told it didn’t matter because more cheese would be poured on top and they wouldn’t notice. Yeah.”

The Guns Are Loaded

“Soda is the big one. Not only is it incredibly unhealthy (duh), every single place I worked had mold in their soda gun or machine. I cleaned them, of course, but there’s only one of me and a few million restaurants.” 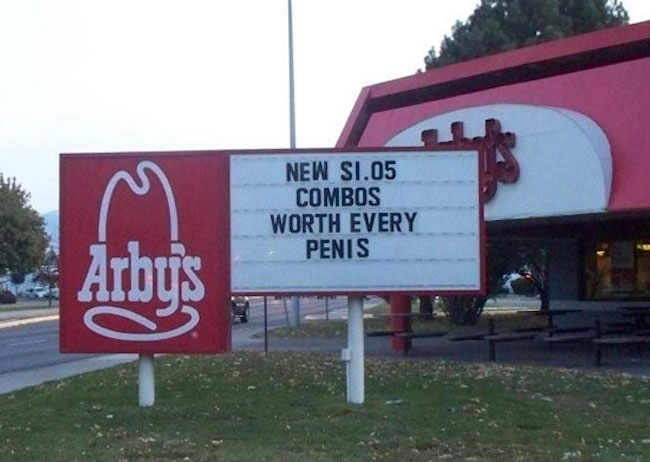 I’ll Have What The Worm Is Having

“My boss was telling us about a bar in town that used to never clean their beer lines. Years later when they finally opened it up they found a 10-foot tapeworm living in the line. Moral of the story: clean your shit.”

The Show Must Go On

“For the UK audience, be suspicious of your local Wetherspoons. Of course, we all know it is frozen/microwaveable foods, but there was not one kitchen I worked in over the five year period of employment with spoons that I worked in a kitchen I would consider acceptable enough to eat from. One occasion that sticks in mind is when the pipes from the toilets above the kitchen exploded in on us. Instead of closing the kitchen entirely, the staff was told to put on a restricted menu (microwave only) which the other staff cleaning the shit and piss from the walls. It was atrocious. That company would do anything for extra sales.”

“I was an Assistant Manager (ARM) at KFC. Everything there is perfectly safe to eat. There are insane quality standards, bottom of the cooker has to be visible through the oil and a whole bunch of other stuff. Our main issue in this country is workman’s compensation for injuries. You will not believe the shit I have seen. Two people dunking their arms in hot oil, 1 dunked her face in hot oil. 2 people closing their arms in the freezer door which broke them at a 90° angle. Another guy tried slamming his fingers in the rear security door where we take deliveries, it’s quite a hectic double door type thing, and cut 4 fingers clean off. I’m perfectly okay with people doing this to themselves, but the fact that I had to sit with them until an ambulance came, was not okay. It’s fucking gross seeing that shit. The worst is probably a used band-aid coming off during prep, but we use these neon coloured ones so they are easy to spot.

Also, all the vegetarians that think the mash and gravy is safe, it’s not. There is ground up chicken fines in the gravy that we’re not allowed to tell you about.”

“I worked at a Cold Stone Creamery for a few months. The stone we mix everything on only gets cleaned once a day, Supposedly it’s safe since its always frozen, but same goes for the warm water well where we keep our spades for scooping. Yeah, water runs through it, but there’s always a big pile of sprinkles, gummy bears, and all sorts of other fun things that have been there all day at the bottom when we close. If that grosses you out just get a shake. That said I still made myself ice cream every time I worked.” 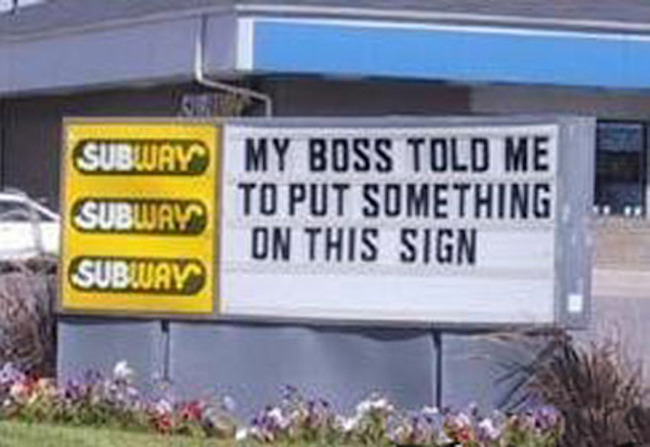 “I worked at subway years ago. The steak and cheese was weird. The steak came in this big vacuum sealed bag looking like a giant turd preserved in plastic. When you cut it open the steak hit the air and dried, flaking off into the little shredded beef bits you see now. I wouldn’t say it was bad, but it was weird and kinda gross to deal with.”

“I hated working with that shit when I worked at Subway. I would also mention that it comes frozen and we would often speed thaw it in very hot water which would cause the ice to melt and make the steak watery. Squeezing steak-juice out of it before each prep to make it look pretty was gag-inducing.”

“Ruby Tuesday and Outback cook here. 1. Ribs are microwaved and placed in a oven for three minutes. It’s understandable but they were usually made two days prior. 2. They never clean the soda nozzles. Just soak them in regular water or soda water. 3. Ice bins are rarely cleaned. The one gets mold on it every week. I have no idea how because I clean it every week. Could be the water supply or a bad filter. But every week I empty it and scrub it down and still mold would come back. 4. During the rush. That steak could of been cooked before you sat down, because of all the chaos they had to cook extra to keep up. But just a thought to have. 5. I never seen or heard of anyone spitting in someone’s food for the 8 years I worked in a kitchen. 6. Cooks can be very passive aggressiveness, overcooked this guy’s steak 5 times because ‘it wasn’t the correct char on the edge.’ The damn server brought the customer to the window to explain it to me. I burnt a piece of chicken and served it to him. Got sent home in front of the customer. I worked the next day.”

Do you have any nightmare stories from your days working at a restaurant? Tell us about them in the comments section.