When this Florida woman attempted to shoplift from the Big Lot, she thought she could get away from the police by way of the ceiling. After failing, she was indeed arrested.

This is the story.

The store manager wanted to check on Perkins in the bathroom but noticed “several garbage cans positioned in a manner to barricade the door.”

When Perkins was told she was caught and police were on the way, she did not leave the bathroom. When she wouldn’t come out, the manager eventually went in and noticed, “tile missing from the ceiling.” 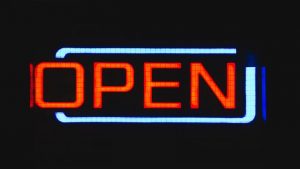 Perkins led the police on this, albeit strange, chase for roughly six hours. While trying to catch Perkins, a deputy found her purse which contained “three syringes and a spoon with white residue that test positive for morphine” inside.

At around 1:40 a.m., Perkins was seen coming down from the ceiling using a stack of shelves. When she made it to the ground, she was arrested.

Perkins has many charges including felony criminal mischief, petit theft, possession of drug paraphernalia, resisting a merchant, and resisting law enforcement without violence.

Big Lot suffered “significant damage to their ceiling, duct work and dry wall,” according to the sheriff’s office. The store will remain closed until the necessary repairs can be made.

Don’t steal and don’t evade store personnel or the police, that’s what this story should teach you.