This pandemic is scary, and we are all freaking out a little. But have you seen all the beauty, help, and “reaching out” people are doing at this time? It’s so beautiful, and just like the story coming out of this restaurant, the world is slowly starting to heal itself, from the inside out.

In Naples Florida, the owners of this restaurant were trying to figure out who left a $10,000 tip for its employees. The tip was left just before the state ordered eateries to close their dining rooms for the Corona pandemic.

Because of the generosity of the mystery diner, 20 staff members split the cash and each walked away with $500 the day before they were laid off from their jobs. It doesn’t get much sweeter than that.

Ross Edlund, owner of nine restaurants, said that it was a man who handed the manager a wad of cash as a regular customer. They think his name may be Bill or Bob. 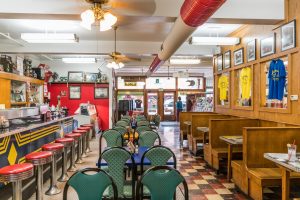 “It’s funny because we have regulars who have been coming in forever, and they’re our friends but we don’t always know their names. We know their faces, their orders, their favorite tables, but we don’t know exactly who they are,” Edlund said.

Edlund was forced to lay off 90% of his 200 employees over the past week. Some of his restaurants remain open to prepare food for take-out services but have only the skeleton crew working.

This 10K tip was the best his employees had ever seen, but Edlund says it’s not the only one. He said that regular servers were getting really good tips in the past weeks, and that large curbside orders (and tips) from regular customers are continuing to come in as well.