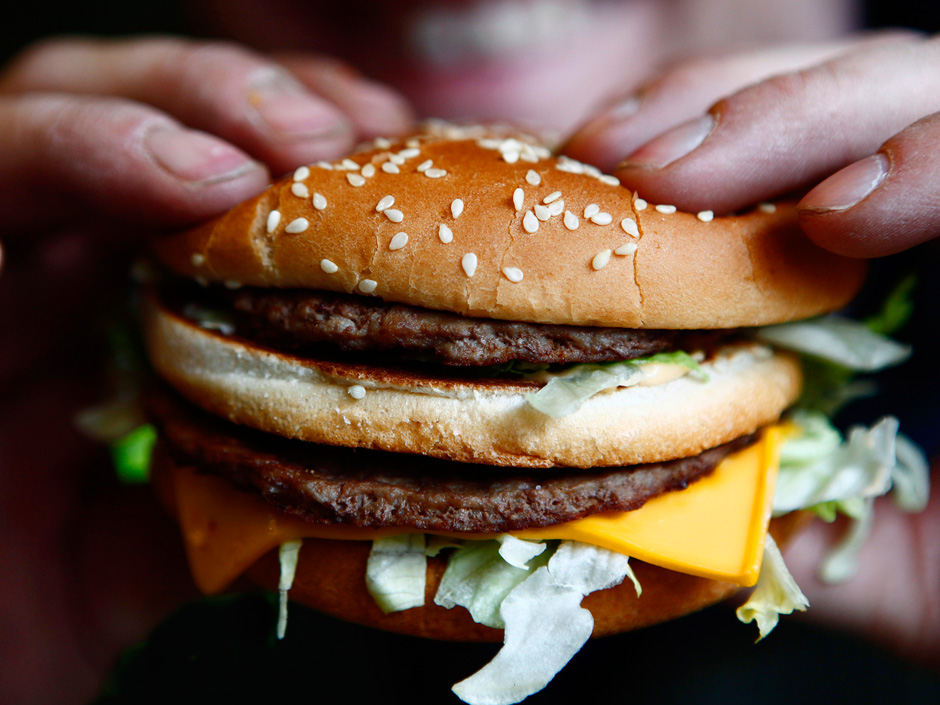 If you thought gaining weight was the only consequence of a fast food diet, then you thought wrong.

Fast food is enjoyed by millions of people around the world each day. There are several reasons, mostly taste and convenience, but the main reason is that we’re all constantly in a hurry.

As our world moves forward, everything in it is moving at inexplicable speeds. Our lives, jobs, dreams are all raging forward at furious speeds and time is one of the most valuable resources today. It’s no mystery why countless people gravitate towards fast food. It’s quickly made, served and eaten and perfect for a constantly hustling population.

However, most commercial fast foods places and the food they serve are detrimental in the long run. Just ask the people who work there.

What you are about to read may shock you. Here are some scary facts about fast food places and the food they serve.

Yes, you read that right. Fast food can adversely affect your brain according to recent studies. Scientists discovered that people who eat a lot of fast food items regularly have high enough risks of insulin that starts changing their brain.

Moreover, poor diets often contribute to the rise of dementia due to the high level of cholesterol and blood pressure. Due to the large amounts of insulin, our organs stop responding to hormones which lead to a restriction regarding our ability to think and create memories.

Of course, eating a single hamburger won’t do any harm but if fast food is your main source of diet, its time to change it.

If you have fast food items, you probably will wash it all down with a delicious cup of fizz. While it may feel refreshing, the fact remains that carbonated drinks are not at all healthy for you.

Even if you leave aside the unhealthy aspect of it, you will still be left aghast at recent findings. Research has shown that there are significant traces of fecal bacteria found on almost 48 percent of soda fountains. The presence of coliform bacteria was detected in 48 percent of soda beverages which is astonishing and disturbing.

Moreover, nearly 11 percent of soda fountains also contained the presence of E Coli. If that doesn’t disturb you enough, the fact that they have more or less become resistant to most antibiotics should. Add all this to the fact that carbonated drinks are incredibly unhealthy for you; it’s a no-brainer that it’s time to adopt a healthier diet in our lives.

Most carbonated drinks contain high fructose corn syrup also known as HFCS, which acts as a natural sugar substitute. While that may not sound so bad at first glance, high levels of the syrup can tear the enamel on your teeth and even attack your organs. One 20oz HFCS carbonated drink has the equivalent of 17 teaspoons of sugar.

So imagine how much sugar you are consuming if you drink these multiple times a day? Manufacturers use HFCS because it helps to not only add sweetness to the drink but because it helps to increase the volume at significantly cheaper rates. High doses of HFCS have been found to tear holes in the intestinal lining and completely rot your teeth. 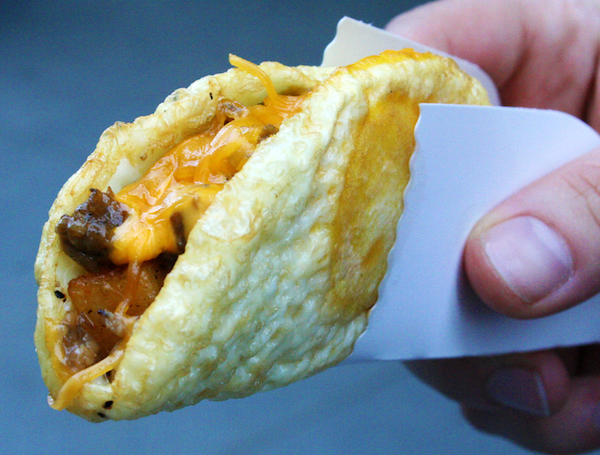 Eggs are a staple breakfast for millions of people all over the world. While it is entirely healthy to have home cooked egg breakfast, you might want to reconsider ordering them from fast food joints. A lot of food items that contain eggs in the fast food industry have been found to contain a mysterious ingredient called “premium egg blend.”

Ok, the ingredient is not mysterious but it does sound rather strange. The so-called premium blend is a mash of some components such as nonfat dry milk, citric acid, propylene glycol and it’s different for different food items. Propylene glycol, by the way, is a solvent that is also used in deodorant sticks and to lubricate air conditioner compressors. Consuming it does not make you smell good, although we wish it wo

5. Even The Bread Is Bad For You

Until a couple of years ago, the chemical compound Azodicarbonamide was used in some prominent fast food chains to increase the shelf life of bread. The same chemical is used in rubber and plastic industry for blowing purposes. It is even used in several synthetic and natural rubber products such as yoga mats.

Once news about the inclusion of this chemical was discovered broke out, most of these chains stopped using it in their recipes. However, it is critical to realize that substances like this are often used in fast food chains because they help in reducing costs compared to using natural products.

So next time you order a foot long sandwich, try not to think of yoga mats. Or you can just make a delicious lunch at home with quality bread.

6. Flies In The Food Are OK

Our world is truly a strange place. The reality is harsh, but it sounds so wrong when you realize it. Hang on to your seats because this one is a doozy.

The FDA has regulations on the acceptable number of fly eggs in food items. According to the FDA, having 10 or more fly eggs per 500 grams or 1 maggot per 500 grams will result in the products getting pulled out of shelves. The amounts vary from one type of food item to another like canned tomatoes, tomato juice, sauces, etc. But isn’t it scary to know that there might be food items that have less than the maximum allowed amount?

The reality is that it’s incredibly hard to prevent flies from nesting in food items. However, at the same time, it’s disturbing to know that we all may have consumed many fly eggs in our lifetimes.

7. So Much Random Meat

When you bite into a delicious hamburger, you might not realize that the meat patty in it isn’t meat from a single animal but several hundred. When cows are processed, all the less desirable cuts and scraps are all put into a texturizer together, and the patty meat is made from that combination. It’s not like hundreds of cows are killed for each patty but at the same time, it feels that way when you think about it. What if there were contaminated pieces of meat that were thrown into the texturizer? When everything is all mixed, it’s nearly impossible to know if it’s good meat or bad. Perhaps grilling it in your backyard might be a better idea? 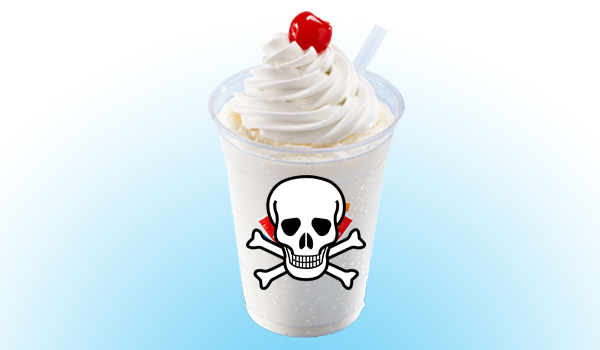 Another sad fact of reality is when the perception of a food item doesn’t meet the actuality of the ingredients. When consumers order a milkshake of a particular flavor, they have a particular taste in mind. However, more often than not, the taste they have in mind isn’t accurate at all.

For instance, children who order a strawberry milkshake have a particular taste in mind that is impossible to match with just strawberries. So milkshakes utilize some different chemical agents to create that flavor. This is the same for almost all flavored milkshakes. Having a few of them here and there won’t affect your health, but it is important to note that the lethal consequences of consuming any time of fast food items always appear later.

Reduce your intake and opt for healthier home cooked food. It may be difficult, but it will be worth it.

Fast Food Places: Eat At Your Own Risk

Fast food items are highly popular all over the world. In fact, we now have an entire generation being brought up to it. But there are some incredibly disturbing and scary facts behind its creation. It’s high time we distance ourselves from the food that may one day kill us and move towards an eating routine that will help us to live longer and happier.