For Europe’s elite, the domestic seasons are reaching their climax, with only a handful of fixtures remaining – and for some, the race to be crowned champions is heating up. There’s nothing more exciting than a title race, and in this article, we will take a look at who’s in the running for supremacy. 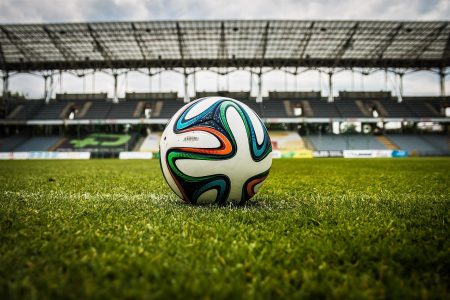 If you’re looking for the latest football betting tips, or soccer advice as we say in the U.S., read on as we dissect the drama in Europe’s five biggest leagues.

It’s advantage Manchester City, as they remain a point ahead of Liverpool in the race for the title. The two clubs recently met at the Etihad, which was being billed as a ‘title decider’, but instead, a 2-2 draw didn’t change anything at the top of the table.

Liverpool can go top later this week with a win over Manchester United, while victory at home for City the following night against Brighton & Hove Albion could send them back to the summit. At this stage, neither side will want to drop points – but the Premier League title could go right down to the wire.

Real Madrid are 15 points clear at the top of La Liga, and can win the title this weekend – if results go their way. Barcelona, in second, suffered a shock loss to Cádiz at the weekend, putting their title hopes in jeopardy.

Real will need to beat Osasuna midweek and hope that Barcelona drop points in their next two fixtures, while rivals Atlético will also need to be held to a draw (or less) when they play Granada, also midweek. While it may not be wrapped up this weekend, it’s a case of when and not if, Carlo Ancelotti’s Blancos will be crowned Campeones.

Bayern Munich are closing in on a 10th consecutive league crown – and restored their nine-point cushion at the top of the Bundesliga, with an emphatic victory over relegation-threatened Arminia Bielefeld at the weekend.

There are just four matches remaining in the German top flight, and Bayern are one win away from securing glory. Standing in their way are Borussia Dortmund, and the two will meet at the Allianz Arena this weekend. While it’s becoming more likely that the Bavarians will secure a record 32nd Bundesliga title – their celebrations could be prolonged.

It’s still mathematically a three-horse race in Italy, although Napoli’s chances of securing a first Scudetto since 1989-90 were handed a hammering blow, as they drew with Roma at the weekend, and sit four points behind league leaders Milan.

The Rossoneri’s San Siro rivals, Inter are just two points behind in second place – and boast a game in hand, as they travel to Bologna at the end of the month. Inter also face Roma at the weekend, which could prove a crunch match – but have a reasonable run-in, facing Empoli, Sampdoria, and Cagliari.

It’s another title race that could go down to the final round of fixtures – although the Nerazzurri are being tipped to win the Scudetto.

After winning La Classique at the weekend, it’s looking as though Paris Saint-Germain will regain the Ligue 1 title. PSG beat Marseille 2-1, and sit 15 points clear of their rivals with just six games remaining. It would mark a 10th league title for PSG, drawing them level with both Marseille and Saint-Etienne who hold the record as the division’s most successful clubs.

Despite a round of midweek fixtures – with PSG travelling to Angers, and Marseille hosting Nantes – Mauricio Pochettino’s men could wrap up the title this weekend when they host Lens.