Childbirth is supposed to be a happy occasion resulting in the delivery of a healthy baby. However, sometimes things go wrong, and this joyful event is marred by complications such as birth injuries or even infant mortality. Each year 814,000 babies die during childbirth, 1.02 million are stillborn, and one million survive, but have lasting neurodevelopmental damage. Here we take a look at some of these complications. 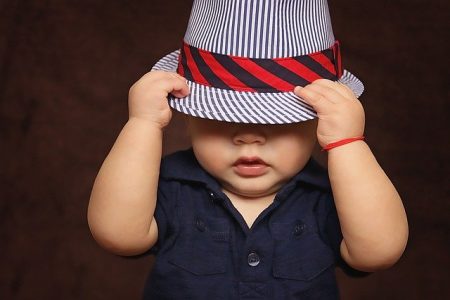 In SIDS, the baby appears to be completely healthy but dies in its sleep for no apparent reason in its first year. It is commonly known as crib death.

After experiencing one case of SIDS, a woman has a greater risk of later pregnancies where the baby is underweight or born prematurely. If a previous baby was smaller than it should have been, she is more likely to have future babies dying from SIDS.

Shoulder dystocia is an obstetric emergency. It requires prompt, skilled actions on the part of the medical team handling labor and the delivery of infants during childbirth. It increases the risk of injury to the mother and child and may even result in neonatal death.

It occurs when one or both of a baby’s shoulders gets stuck in the birth canal and lodges behind the pubic bones. Although there are no signs until the baby’s head is delivered, once it has been diagnosed the attending physician needs to act quickly and competently to prevent complications.

Common complications are brachial plexus palsy and Horner’s syndrome, a fracture of the baby’s collarbone, and a compressed umbilical cord that can cut off oxygen to your child.

When a doctor fails to act quickly enough, you may want to contact experienced birth injury lawyers like RB Law to obtain compensation.

Normally, the baby is born first, followed by the placenta and umbilical cord. But in some cases, the cord exits first and gets trapped against the descending baby. As the umbilical cord provides the baby with oxygen, prolapse and compression of the cord is a dangerous occurrence that could cut off the baby’s air supply. Fortunately, UCP is only seen in 0.5% of deliveries.

In the US, 700 women die annually during childbirth. Compare this to 2019 when 589 people died in airplane incidents. It appears that it is safer to fly than to give birth. The statistics are worse globally, with 800 women dying daily of labor and delivery complications.

Strokes and heart disease account for most maternal deaths during pregnancy. Women of Black, Alaskan, or American Indian descent are at greater risk than white women.

Sadly, many of these deaths could have been prevented.

Make sure your medical team during pregnancy and labor is of the highest quality. Your life and that of your unborn child are in their hands.