Do biologists like listening to Pearl Jam? We’re just asking, because a German-Japanese group of researchers seems to have taken a page out of the grunge band’s playbook.

Seemingly referencing one of Pearl Jam’s most famous songs, the scientists have successfully done the evolution, baby! Using a specific gene from the human brain, they managed to make a monkey brain grow larger – and maybe even smarter.

The gene, ARHGAP11B if you want to get into the detail, is found only in humans. People of science have theorized that this gene was responsible kicking an ancient primate’s brains into evolutionary gear millions of years ago.

From that, we got humanity. You and me.

Now the results of the new study, published in the journal Science, seem to confirm this theory. It was indeed this big brain gene that resulted in mankind leaving the tress, getting up on two legs, and deciding that we wanted civilization.

And all they needed to do was to inject the same gene into a monkey’s brain!

Actually, hold on a minute. Did they start evolving a monkey into… Another kind of human?

All of a sudden, this whole thing seems a bit suspect. Let’s dig a little deeper, shall we. 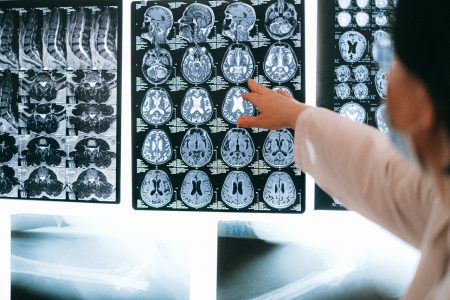 We’re talking about some serious science here, and that means there’s details. That’s the dry stuff, so we’ll get that out of the way first.

As we said, the gene that the scientists is unique to humanity. According to the Max Planck Institute of Molecular Cell Biology and Genetics, its presence is what separated us from the evolutionary line that created the chimpanzee.

What the science community didn’t know before is how exactly the gene worked. Now, the research team, led by Wieland B. Huttner, has discovered its modus operandi.

In a nutshell, we can thank this gene for our big, juicy brains, and now we know why.

From Mouse to Monkey

The big question that Huttner’s research team had, however, was whether the gene would work on other primates.

“We had certain hopes — what the gene, ideally, could do and should, if it had the function that we had postulated it should have,” Huttner told Inverse.

Other scientists had carried out experiments earlier testing the gene’s effect on the brains of mice and ferrets. In those experiments, the animals’ brains did indeed grow larger.

As such, the brain-growing effect could have been the result of some unknown factor and not the big brain gene. Additionally, humans aren’t exactly related to mice or ferrets, so the studies did not answer how the gene affected the brains of our primate ancestors.

To get a more human-like reaction, the research team pumped the gene into the brains of marmoset monkey fetuses. The results were groundbreaking.

The neocortex of the marmoset brain – the part of the brain responsible for many higher brain functions such as processing language – grew much larger. Not only that, the brain started folding in on itself.

If you were awake in your high school biology classes, you know that brain folds increase the available surface area of the brain. Simply put, more folds make for a smarter creature.

Finally, the brain started producing more neurons. Those are the cells that transfer information in the brain.

The results of the study are particularly significant, because this was the first time scientists got evidence that the human-specific gene also makes monkey brains grow larger.

“This shows, basically, that the gene — and its expression in humans — is sufficient to expand and to fold the primate, or the monkey, brain,” said Heide.

Dooming Humanity… Or Not

So does this mean that Huttner, Heide, and the rest of the team set marmosets on a path to attaining humanity? No, they did not.

In fact, they actually constructed their experiment knowingly in a way that wouldn’t produce adult, functioning monkeys with human genes in their brain. Quite correctly, they figured out that doing so might lead to some ethically questionable area.

“We confined our analyses to marmoset fetuses, because we anticipated that the expression of this human-specific gene would affect the neocortex development in the marmoset,” said Huttner.

“In light of potential unforeseeable consequences with regard to postnatal brain function, we considered it a prerequisite – and mandatory from an ethical point of view – to first determine the effects of ARHGAP11B on the development of fetal marmoset neocortex.”

In more plain terms, Huttner told Inverse that they didn’t want to make adult brain-enhanced monkeys because they had no idea what such a creature would do.

“To let [the monkeys] come to be born, in my opinion, would have been irresponsible as a first step, because you don’t know what kind of behavioral change you’ll get,” Huttner concluded.

So no, we don’t have to worry about a Planet of the Apes scenario here. But what we do now have is a better understanding of what made us… Us.