Growing up, college was what you did. You got good grades in high school, tried to get scholarships for college, applied your little heart out, and hopefully, got accepted. Well, what if you got accepted, but the acceptance letter was a mistake?

This is what happened.

It turns out that the University of Kentucky accidently sent out 500,000 acceptance letters all because of a technical issue. This issue caused half a million high schoolers to get admitted into the into a program that yearly accepts about 36 or so students.

“I had to Google it just to make sure it was a real college because, like, I’ve heard of them,” said Erin Esping, a senior from Georgia. 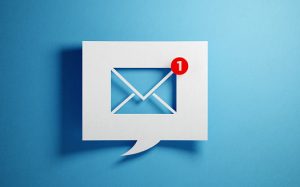 As soon as the school realized what happened, they sent a follow-up email less than 24 hours later, apologizing for their mistake. They cited a “technical issue.”

“Only a handful of those on the prospect list had been admitted to UK,” UK spokesman Jay Blanton said. “The vast majority had not, nor had the vast majority of these students expressed an interest in the program. Nevertheless, we regret the communication error and have sent correspondence to all those who were contacted, offering our apologies.”

The acceptance letters were for this fall in the clinical leadership and management program in the college of Health Sciences.

Some students claim they never applied to the university, and others say that they never even went to the website.