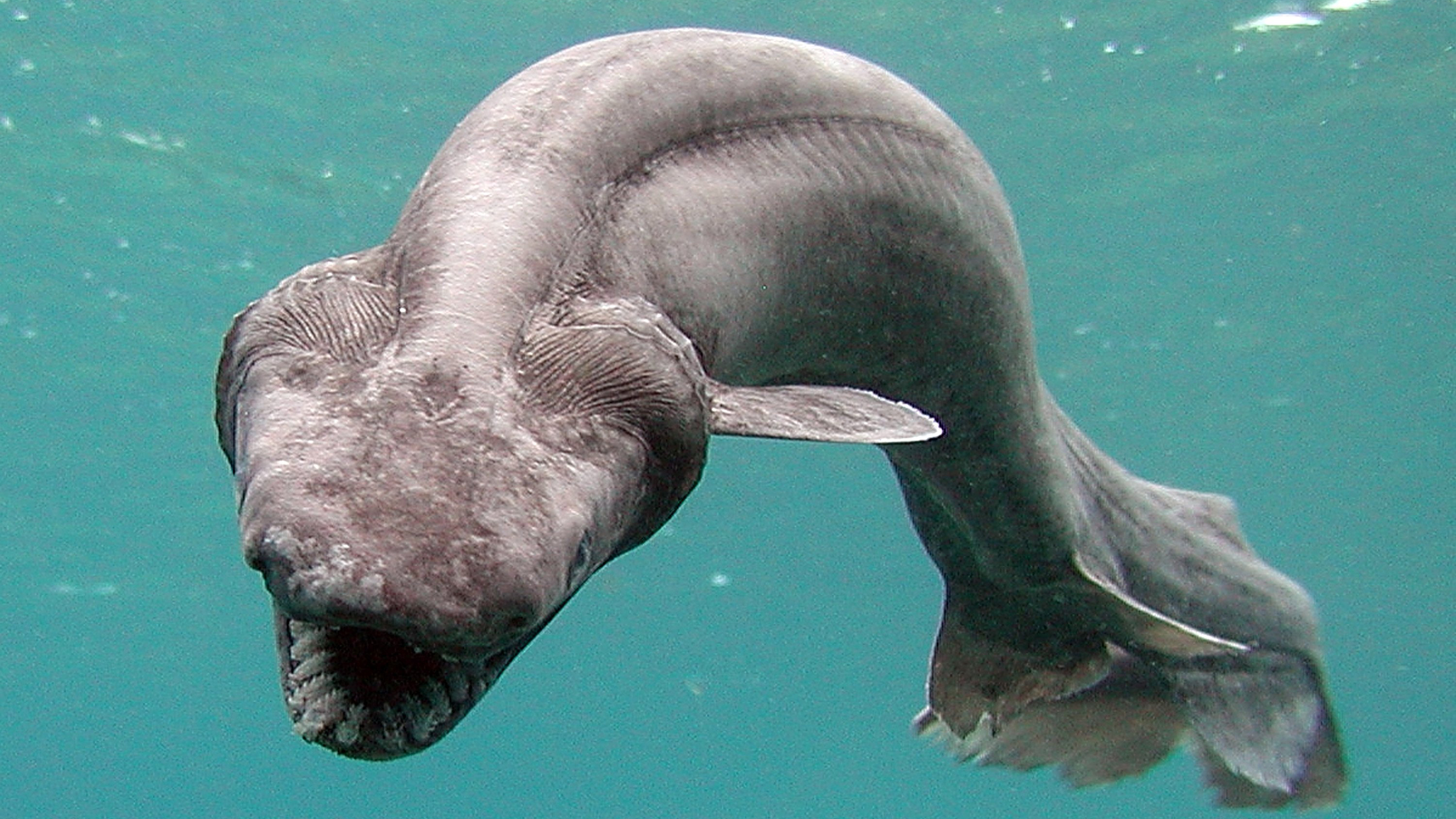 Rare animals are quite a sight and for those that got to witness the presence of the frilled shark off the coast of Portugal, it was a once in a lifetime experience.

This shark is one of the rarest in the world and is believed to date back over 80 million years. Many people around the world have had the opportunity to see rare and bizarre animals, and this is just one more incident where people got to view this rare and unique shark.

The sighting of the shark spurred people to start thinking, or searching for other rare and bizarre animals.

The frilled shark is a small shark, measuring about 5 feet in length. It has a body that resembles that of an eel, but the head has a snake-like appearance. The shark gets its name from the 300 teeth that are arranged in a frilly manner in the mouth. These teeth are designed for the purpose to help the shark trap fish, other sharks and squid as it lunges. It is the most unique feature of the shark and no other shark has an arrangement of teeth quite like this.

The rare sighting was off the Algarve coast of Portugal and the shark was located about 2,300 feet beneath the surface of the ocean. While the shark has also been seen off the coast of Norway, the Canary Islands and Scotland, the odds of actually seeing this bizarre animal are pretty slim. In fact, many compare the sighting of this and other bizarre animals to compare to the odds of winning a jackpot at a casino. However, those that wish to roll the dice at online-casinos.ca will have a good chance at a positive result. For those that viewed this 300 toothed shark, the experience was just as thrilling as winning that rare jackpot.

The frilled shark is not on the extinct list and there are actually quite a few living deep under the sea. However, since the shark is known to be in such deep waters, sightings of it in its natural habitat are extremely rare, which makes this recent sighting one that has captured the attention of many.

There are thousands of animals roaming the earth and many have never been seen, while some have been seen and are not able to be explained. There are quite a few sightings that have been reported over the years that have no explanation.

One is the Bristol Crocodile, which was sighted in the Avon River in 2014. Perhaps the most famous unexplained sighting is the Loch Ness Monster, said to reside in Scotland. Hundreds of people have claimed to see the creature on the surface of the water, though there has never been any hard evidence to prove it even exists.

Some researchers believe the animal is a seal or an elephant while others believe it to be a form of a dinosaur.

Over the years, there have been many bizarre animals that have been seen. The frilled shark is just one of those to have been spotted recently. All over the world, there are animals that reside in habitats that are often unexplored by humans, so these unseen animals make the list of rare and unusual, but they do exist and they are not that rare at all.

However, they are bizarre creatures and sightings are not common. One recent discovery is the Dementor Wasp, also known as the Ampulex dementor. It was named after the dementors in Harry Potter and is a wasp that eats cockroaches. It injects its venom into the belly of the roach, making it enter a zombie like stage. The venom does not kill the insect and the wasp will eat it alive, which is how the wasp got its name since it replicates the actions of the well known dementors.

Peacock spiders are also on the top of the list for bizarre animals and creatures. These spiders look like they are straight out of a cartoon, with black and white markings on the Skeletorus species and red and blue on the Sparklemuffin species. These can be found in Australia and are feared by the locals.

Residents of China are apt to place their eyes on the smallest snail to inhabit earth. The snail, found in Borneo, is the smallest in the world, measuring just 0.027 inches across the shell. It has a translucent white shell and the creature is known to live on tropical islands atop limestone hills. The snail is so small that researchers are unable to spot it in the wild with the naked eye. To locate the creature, shovels of dirt were collected and then examined under a microscope. The snail is thought to feed on the various fungi and bacteria that grows on limestone.