Have you ever gotten fired? On a group call, no less? (It doesn’t feel good, and if I’m being honest, I know from experience. Corporate America, psh.)

My zoom call had 9 of us though, not 900. This is the story of Better. com CEO’s latest lay offs.

A CEO of an online mortgage company fired nearly 900 employees on a Zoom call. And, because it’s 2021, there is a video of it online of course.

Vishal Garg announced the firings Wednesday for a desk, as the shared video shows.

“I come to you with not great news,” he began. “The market has changed, as you know. And we have to move with it in order to survive so that, hopefully, we can continue to thrive and deliver on our mission.” 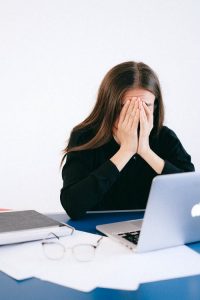 Garg explained that he made the decision himself, to cut about 15% of the employees. He cited it as being “really, really challenging.” He also said it’s the second time in his career that he has had to make such a move.

He added, “If you’re on this call, you are part of the unlucky group being laid off. Your employment here is terminated effective immediately.” He continued by sharing that all employees would be getting an email from HR regarding severance and benefits.

Meeting.com CFO Kevin Ryan said having to lay off workers is “gut-wrenching.”

“However, a fortress balance sheet and a reduced and focused workforce together set us up to play offense going into a radically evolving homeownership market,” he said in the statement.

Frankly though, this is not the first time Garg has been involved in a controversy regarding the venture-backed online mortgage lender.

An email Garg wrote and sent to staff last year read, “You are TOO DAMN SLOW. You are a bunch of DUMB DOLPHINS… SO STOP IT. STOP IT. STOP IT RIGHT NOW. YOU ARE EMBARRASSING ME.”