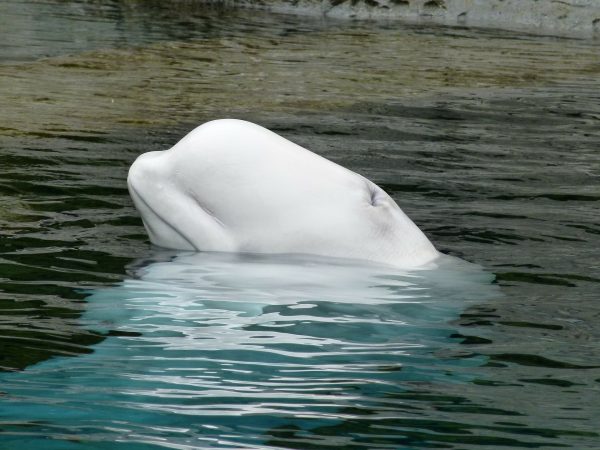 Friends Ina Mansik and Isa Opdahl Larsson went off the coast of Hammerfest, Norway, with some friends to see this very special creature. A beluga whale.

It’s been lingering in the area for a little while now.

So the girls were sitting on the dock, waiting to capture a glimpse of this amazing creature. Ina Mansik had forgotten about her phone, which was in her jacket pocket, and it fell into the ocean. She assumed that she’d lost it forever. Then, something absolutely incredible happened. Mansik’s phone was returned to her by the exact whale she’d come to see.

While talking to The Dodo, a news website for animal lovers, she said that they “laid down on the dock to look at the whale and hopefully get the chance to pat it.” She got to do more than pat it. After they “assumed it would be gone forever,” the whale swam up to them with the phone in his mouth.
Isa Larsson captured this amazing moment on video, which she then posted to Instagram. This video has been played over 160,000 (!) times. Mansik said she almost couldn’t believe it had happened. “Everyone was so surprised. We almost didn’t believe what we saw. I was super happy and thankful that I got my phone back,” she said.
As suggested before, this was definitely not a regular whale. The Go Pro harness, emblazoned with the words ‘Equipment of St. Petersburg,’ suggests that he was trained in the Russian Navy. While some think it might be a little far fetched, but it actually wouldn’t be the first time Soviet Russia has recruited and released marine mammals to work on its military ops. Both the USA and Soviet Russia have, in the past, secretively recruited dolphins to help them. So, it’s not entirely impossible.