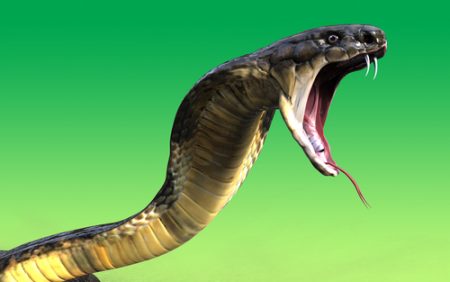 There are accidental deaths by animals all the time. Some could have been prevented.

Last February, a woman almost got eaten alive by her dogs. They were playing in front of the woman’s mobile home. One minute they were having fun, then  they were biting her and dragging her around. Her neighbor next door heard the dogs getting more aggressive. By the time the neighbor called 911 and had her in the hospital, one arm was ripped clean off. The other was hanging on by a piece of meat. She died and the dogs were euthanized the next Friday.

An Indonesian woman named Wa Tiba went missing. She was later found dead inside a snakes stomach. She was last seen going to her garden when she got strangled and then swallowed whole by this reptile. When they cut open the snake, they found Tiba’s body, her clothes and jewelry still there. They found that Wa Tiba had been swallowed head first. This is because of the way that pythons kill their prey.

A rabid squirrel broke into someone’s house and started to attack people. An occupant, Stacy, called 911 and told them that there was a squirrel in the building. Stacy starting bleeding “quite uncontrollably.” Before 911 got there, there were 3 people that had been injured.

A 57-year-old woman named DeDe Phillips strangled a bobcat that came up to her front yard. She said that she had put a sticker on her car that said: “Women that behave, rarely make history.” DeDe was going to take a picture of it when she saw the bobcat. Ms. Phillips fought the bobcat knowing that her granddaughter was in the house sleeping. She called the authorities who later said that the bobcat was rabid. They were forced to dig up all were the cat’s’ blood that had been spilled on the ground. DeDe had broken fingers and cuts and bruises all over her body.