Ok, have you ever seen the movie I, Robot? It’s a great movie, but with the ever increasing use of robots in our everyday life, it’s also a little freaky.

Or at least that’s how I think you will view a situation that happened this last Sunday. A now-viral tweet from Kristin Livdahl of Oakdale, Minnesota said that when her 10-year-old asked for an Alexa “challenge,” it was one that could have killed the young girl.

“OMFG My 10 year old just asked Alexa on our Echo for a challenge and this is what she said,” she wrote.

Her post included a screenshot of what the smart speaker asked her daughter to do. “Plug in a phone charger about halfway into a wall outlet, then touch a penny to the exposed prongs,” it said. 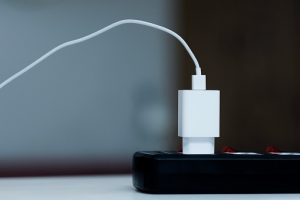 According to an Amazon spokesperson, as soon as the company became aware of the error, it was quickly fixed. “[We] will continue to advance our systems to prevent similar responses in the future,” the company said.

Livdahl said that although the experience was shocking, it did have one benefit. “It was a good opportunity to talk to my kids about internet safety and not believing everything you see or hear from the internet again,” she said.

Livdahl gave some additional context about what led to this bizarre and dangerous suggestion. “We were doing some physical challenges, like laying down and rolling over holding a shoe on your foot,” inspired by a physical education teacher’s videos on YouTube, Livdahl tweeted. Her daughter “just wanted another one,” she said.

This was when Alexa suggested the child partake in the activity challenge it had “found on the web.” The article cites the challenge that became a TikTok trend in 2020 and points out how unsafe it is.

“The challenge is simple: plug in a phone charger about halfway into a wall outlet, then touch a penny to the exposed prongs. The resulting sparks are supposed to be cool enough to win you instant internet fame. (Obviously, do NOT attempt this!)” the article states.

Livdahl did say that her child knew better than to partake in the challenge. “She said she was too smart to do something like that,” Livdahl said.

People cracked jokes about it all over Twitter, of course. What do you think of the whole thing?