A 57-year-old man was jailed after police found body parts and a severed head in an allegedly stolen truck. Eric Holland has prior felonies and federal court convictions dating back to the 1980s in states like California, Texas, and Nevada.

Holland was in court Tuesday along with some heavily armed security guards and a temporarily appointed attorney. His attorney declined to comment.

Holland is being held without bail following his arrest Thursday after a traffic stop near the Rio All-Suite Hotel & Casino in Vegas. He tried to flee the scene. The air unit followed Holland and noticed that he switched trucks. 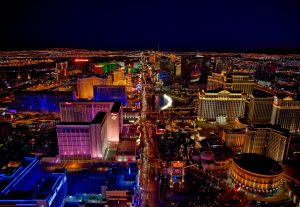 Officers tried to stop him again, but Holland fled a second time. The air unit followed the vehicle and guided officers to the apartment complex near the 4200 block of West Rochelle Avenue.

Holland threw items at the officers in an attempt to flee. Police eventually caught up to him, tased him and then took him into custody.

This is when officers discovered the body parts and severed head in the truck.

“The victim is literally cut into pieces,” said Prosecutor Giancarlo Pesci in court. “His head is cut off.” Police found the human remains in large coolers on the bed of the truck.

Holland’s alleged victim was later identified as Richard P. Miller of Las Vegas. According to the Clark County coroner, Miller died last Thursday from multiple gunshot wounds and that his death was a homicide.

Holland hasn’t entered a plea and is due in court again next week. He was supposed to show for court on Christmas day, but didn’t show, and faces the additional charge of open murder.

He has been looked for and sought after since May 2019 on an arrest warrant since 2018. A Las Vegas case against him accuses him of embezzlement of a motor vehicle, identity theft, issuing false checks and theft, according to court records.