You really can buy literally anything on the internet. Case in point, you’re able to purchase a pretty woman’s farts in a jar.

We really wish we were kidding about that.

Stephanie Matto first came into the public eye when she starred on the reality TV show 90 Day Fiancé. After that, she decided to take her career in a completely different direction.

Since November 2021, Matto has been spelling her jarred farts over the internet. She first got the idea after a person offered to buy a jar of her intestinal emissions on an adult content site she was active on.

Soon enough, her new business started booming. And what a lucrative business it is.

It turns out that people are willing to pay absolutely filthy amounts of money for Matto’s trapped farts. Before her big holiday sale (yes, she had a holiday sale) she was charging $1,000 per jar.

“I honestly could not believe the demand. I think a lot of people have this fetish in secret,” Matto told  Jam Press.

If this made you wish to get a Matto fart in a jar of your own — first of all, ew. And second, you’re too late.

Matto’s fart jar has unfortunately come to an end. That’s because she had to go to the hospital for excessive gastrointestinal discomfort. 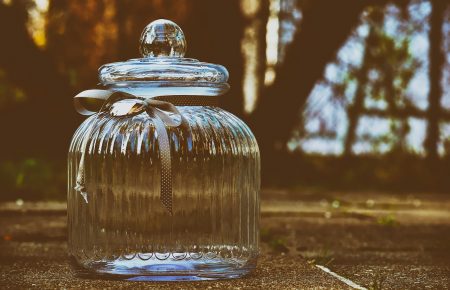 We assume that happened.

At her most… Productive, Matto was filling 97 jars over two days. That’s a lot of gas to blast out of your ass.

As you can probably imagine, normal human bowel function really shouldn’t produce that much gas. To cope with the ever-increasing demand for her farts, Matto resorted to extreme measures.

She decided to change her diet to one that would promote gas production. Just typing about what she ate makes us feel like having a bowel movement.

“I like to get things rolling with some beans, a protein muffin, sometimes even a yogurt (less sugar is better), some hard-boiled eggs,” the ex-reality TV star detailed on Instagram.

“While waiting for those farts to develop I like to read. I’m very smart, I love to read.”

As her business boomed, Matto started guzzling protein milkshakes. The goal here was to make her farts more pungent.

Because that’s apparently a thing that increases demand.

Matto’s stomach-bloating diet was definitely good for her wallet. But you can’t say the same about her intestines.

Eventually, the consequences of feeding on nothing but beans and protein caught up to her.

“I remember within one day I had about three protein shakes and a huge bowl of black bean soup. I could tell that something was not right that evening when I was lying in bed and I could feel a pressure in my stomach moving upward,” she recalled.

“I actually called my friend and asked if they could come over to drive me to the hospital because I thought I was experiencing a heart attack,” she said.

And to the hospital she went. She didn’t tell the doctor about her fart business, but she did detail her diet.

The good news is that Matto wasn’t about to have a heart attack. Instead, she was simply experiencing pain from excessive gas buildup.

Unsurprisingly, the doctors weren’t on board with her eating habits.

“I was advised to change my diet and to take a gas suppressant medication, which has effectively ended my business,” said Matto.

Branching Out the Business

So, after two months of raking it in, this means no more selling jarred farts for Matto. Or that’s what you’d think.

As she said, she is a smart woman. She never expected to keep passing gas at this rate indefinitely.

“I was over doing it. The diet was never sustainable and there was always an expiration date,” Matto said.

Although she can’t let it rip like she used to, Matto hasn’t completely given up on the fart business. She’s now selling fart jars as NFTs.

An NFT — or non-fungible token — is essentially a JPEG picture. The owner’s purchase receipt is tied to a blockchain, certifying that the picture belongs to them.

NFTs have recently been a divisive topic, to say the least. But Matto has decided to make full use of the technology.

Each token sells for about $200. And you can use them to earn physical rewards.

You’ll be able to redeem 100 tokens for a good old-fashioned fart jar. For 70, you can instead get a pair of Matto’s used panties.

People are also able to cash in 30 tokens for lingerie Matto’s worn. And for 10 tokens, you can get a jar that Matto has… Queefed into.

Any business is a business, we suppose. Now excuse us while we go and try to forget we ever wrote this story.