Whether you call them fairy cakes, patty cakes or spell them cup cakes, it’s all means the same thing. If you’re all about the vanilla cupcake, celebrate with these delicious varieties on National Cupcake Day, November 10th. 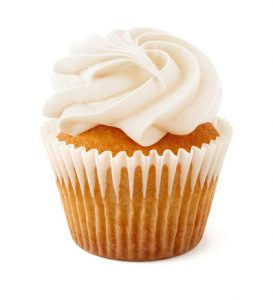 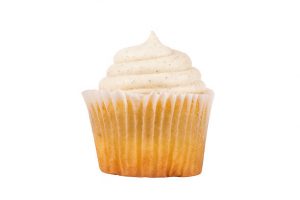 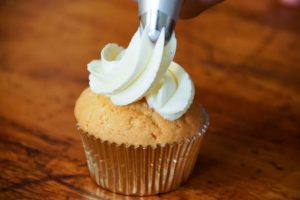 Did you know that adding sour cream to cupcake batter gives cupcakes a little tang and a whole lot of delicious taste? Try this trick next time and see what you think! Whether you add sour cream to your classic vanilla cupcakes or your vanilla bean cupcakes, they will be fantastic. 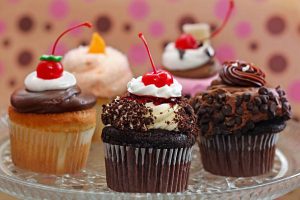 You know, like an ice cream sundae? For this cupcake, use the vanilla bean variety for the batter. Top with classic whipped vanilla frosting and pop it into the fridge to let it set. Stir a creamy and tasty chocolate topping up and once you take your chilled cupcakes out, drizzle the chocolate over the cupcake. Top it off with a cherry and boom, the most delicious sundae cupcake to enjoy. 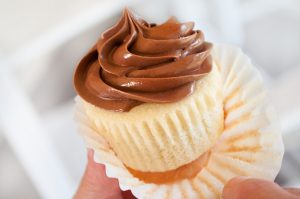 If you love a vanilla cupcakes but die a little of happiness when it comes to chocolate, than this treat is for you. Use vanilla bean for your cupcake batter (and make sure to add vanilla extract into the batter as well!) From there, add your favorite homemade whipped cream chocolate frosting for the best of both flavors. To secure the “vanilla” part in the vanilla cupcake, make sure to add some vanilla sprinkles on top. 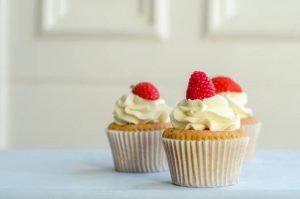 Twist (ice cream) is half vanilla and half chocolate and how good is a cupcake with both? For this, make a vanilla bean batter and a chocolate batter. Scoop some of each into your cupcake liner or pan or even make a swirl pattern before you bake them. After they’re cooled, add both vanilla bean frosting and chocolate frosting to a piping bag (or a Ziploc!) and frost your cupcake with your twist-style frosting. For fun, add some chocolate and vanilla sprinkles to finish off your twist cupcake.

Which one of these amazing vanilla cupcakes do you have to make for National Vanilla Cupcake Day? Vanilla chocolate twist for me, please!