Have you ever looked online for the strangest fruits, vegetables, and plants you could find? There are some pretty strange plants out there, like the rambutan fruit that looks more like a sea creature than an edible fruit. 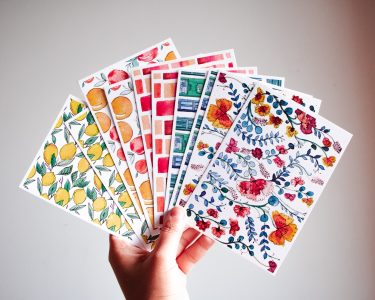 There are also several strange and unusual herbs with a surprisingly therapeutic effect. Here are 7 of those herbs.

Kratom comes from trees native to Southeast Asia and is usually ground into a powder. Most people who use kratom drink it as a tea, but it’s possible to find capsules. Like other herbs, kratom comes in a variety of strains, available online from retailers like Kat’s Botanicals.

Although kratom is natural, the side effects can be intense. Be sure to consult your doctor before starting this botanical.

The toothache plant is native to Brazil, Australia, Africa, Sri Lanka, and India. This plant is from the daisy family and is also called the electric daisy. It has bright yellow flowers, but each flower is actually a cluster of smaller flowers.

People report the following benefits from the toothache plant. Relief from:

Many of these uses are supported by scientific studies, while other benefits are purely based on anecdotal reports.

Borage plants are also known as starflower and the leaves taste like cucumber. It’s a popular edible herb; people use the leaves to make tea and add the flowers to salads and sandwiches.

According to Healthline, borage has been traditionally used to dilate blood vessels, treat seizures and respiratory disorders, and act as a sedative. At an herbal medicine shop, you can find borage in the form of an oil, gel, and tea.

This green leaf is an herb used as cuisine and medicine in Guatemala and Southern Mexico. If you live in the United States, you may know this plant as “skunk weed.”

In addition to adding a strong flavor to dishes, epiazote is traditionally used to treat intestinal parasites, however, it can be deadly if taken in excess. Never consume epiazote essential oil and always consult your doctor before trying something new.

Feverfew has been used for centuries to treat fevers, migraines, and inflammation. This is the result of the main compound found in the leaves – parthenolide.

Studies have shown that parthenolide inhibits serotonin receptors, stops blood vessels from widening in the brain, and prevents inflammatory molecules from being released into the bloodstream. This is great news for people who suffer from migraines!

Lovage looks like parsley and although it doesn’t have much flavor, it’s often used in culinary dishes. Ancient Greek and Roman civilizations used lovage for healing and in food. Today, lovage is commonly used in Europe and Asia.

Reported benefits from lovage include:

Most people who use lovage as a diuretic do so because it will flush the body without forcing the loss of electrolytes, which supports kidney health.

The side effects of lovage are small, and the biggest issue people seem to have is an increased sensitivity to light after taking lovage in high doses.

Stevia isn’t all that strange since It has become a popular natural sweetener, but it’s still considered a little ‘fringe’ in mainstream foodie circles. Although in high concentrations, stevia can taste sweeter than sugar, you’ll get a different experience by using whole leaves.

You can grow stevia in your garden and harvest leaves to use whole. A couple of stevia leaves can make your iced or hot tea just sweet enough without going overboard. You also won’t get that classic stevia aftertaste when you use fresh leaves. They’re also fun to chew on, just like mint leaves.

Natural herbs can be strange and helpful at the same time

Next time you see a strange or new herb, find out what it is and see if you can uncover some hidden benefits.

Just be sure to check with an herbalist before consuming any plants or flowers you find in the wild. Some flowers are highly toxic to the human body and should be avoided at all costs. However, with the help of an expert, you’ll be surprised how many beneficial edibles you can find even in your own backyard!