Think the world is a weird place today? Oh please. Had you been around a few million years earlier, the whole planet basically looked like a fever dream.

We’ve written quite a bit about the terrifying creatures of the prehistoric world. But we’ve realized that we’ve almost completely ignored the strange and wonderful animals of the past.

It’s time to correct that mistakes. Here are X animals from the time when nature was still trying to figure out what kinds of parts they should and shouldn’t have.

Estemmenosuchus was a large therapsid that lived about 267 million years ago. If you don’t know what a therapsid is, it’s a group of animals that eventually evolved into mammals. Although the term is not used anymore, they were once called “mammal-like reptiles.”

Therapsids could look pretty funky at times. Estemmenosuchus is a good example of that.

Its name literally means “crowned crocodile.” Looking at that face, can you guess how it got that name?

Estemmenosuchus’ face was rimmed with a bizarre collection of horn-like protrusions. It’s not clear what their purpose was, but like with some modern horned animals, they could’ve just been there to attract mates. 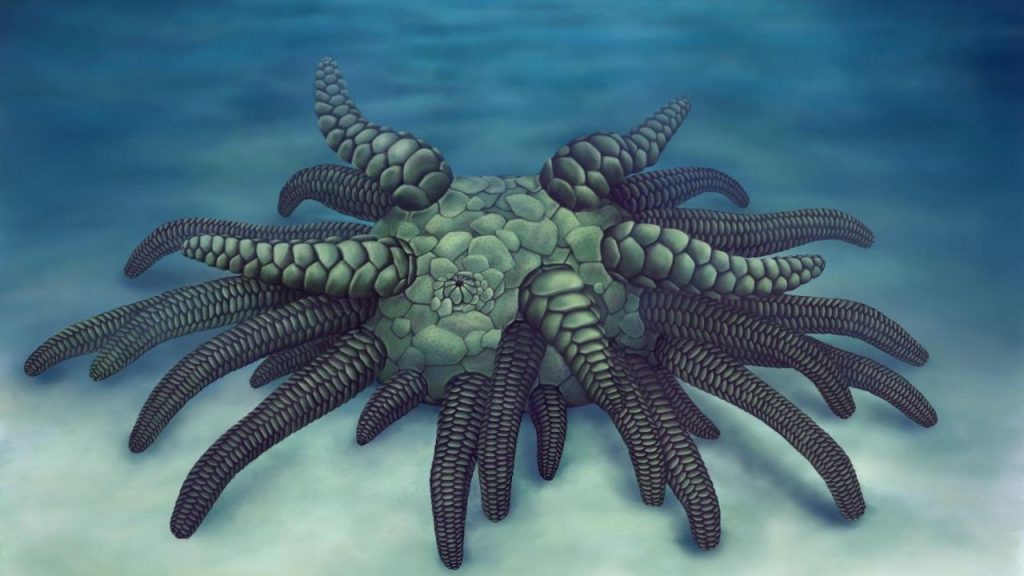 Sollasina Cthulhu, named after the fictional monstrosity, looks like Cthulhu’s face tentacles fell off and decided to start a life of their own. This 430-million-year-old thing is basically a mass of tentacles.

It might be tempting to think of it as being related to starfishes, but Sollasina is actually a distant relative of sea cucumbers. Roughly an inch wide, this strange creature crawled along the ancient ocean floor looking for things to eat.

Say what you will but we’re glad sea cucumbers decided to go for fewer tentacles.

Opabinia is another visitor from ancient oceans. It lived about 505 million years ago and was about three inches long.

And that’s where we run out of ideas on how to describe this… Thing. If there’s an animal that looks just completely alien, it’s Opabinia.

It had a weird flexible proboscis extending out of its face that it used to grab things and stuff them into its mouth. And the tube really needed to be flexible because Opabinia’s mouth was under its head and facing backward.

It also had five eyes and no carapace like most other ancient (and modern) arthropods. Really, the only explanation for Opabinia is that a prehistoric lobster got really drunk and spent a night with some freaky worm.

At least that’s all we can come up with. 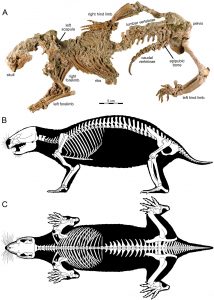 Adalatherium’s name translates to “crazy beast.” That should already tell you what you can expect with this vaguely badger-like mammal that lived about 66 million years ago.

The weird thing about Adalatherium is that none of its parts seem to match. Its surprisingly well-preserved skeleton doesn’t make any sense.

Its front legs are sort of like a badger’s — situated under the body and seemingly good for digging. But the hind legs sprawl out to the sides like a lizard’s and are strong and muscular. Scientists are completely baffled by how this thing walked.

And then there are Adalatherium’s teeth. There’s not much we can say about them because even the most respected paleontologists can’t figure out why they are the way they are. For the lack of a better explanation, let’s just say that there’s no animal dead or alive that had teeth like Adalatherium.

When even the experts call an animal “simply odd,” there’s not really anything we can add.

Longisquama is a small reptile that lived about 200 million years ago. There’s mostly nothing special about its body — until you see what’s on its back.

For some reason, Longisquama decided to grow a bunch of hockey sticks out of its spine. It had six to eight pairs of long scale-like “structures” extending out from its back.

Nobody really knows what the point of the weird elongated scales was. They had a hollow vein in the center — like bird feathers — but that’s about all we’ve figured out.

They could’ve been a way for the reptile to regulate its body temperature, or maybe they were used to woo pretty lady lizards. Some have suggested that they could’ve been primitive wings that Longisquama used to glide from tree to tree.

Elephants are already pretty weird-looking, what with the trunk and big ears and everything. But some of their ancestors — like Platybelodon — looked just straight up ridiculous.

Just look at it. It has its own shovel coming out of its face!

Scientists used to think that Platybelodon lived in swamps and used its weird lower jaw to scoop up aquatic plants. But closer study of its stupid buck teeth has revealed that it may have instead used the scoop the strip back and leaves from trees.

Look, Platybelodon, we’re sorry. We don’t mean to make fun of you.