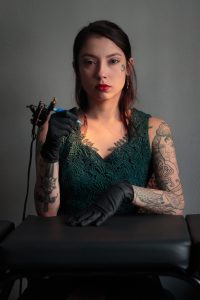 Not too long ago, tattoos were taboo in polite society. Exclusively the purview of biker gangs, rebellious teens, and sailors, a tattoo was a noteworthy part of someone’s appearance. Now the artistry is so well respected that even prominent tattoos won’t diminish job potential or compromise respect from others. Nearly half the population is now tattooed, even if they’re still a secret (70% of people with tattoos cover them with clothing). The reason why isn’t so crazy either, tattoos remain a vibrant part of culture after thousands of years. We know this because of mummies, and traditions still carried on today. These are some of the oldest tattoos on record. 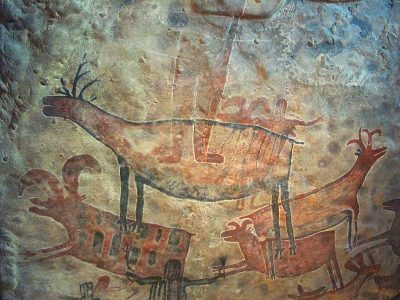 5,500 years ago in the Alps (between Austria & Italy). The mythology of Otzi the Iceman is a seductive story about the culture of prehistoric people. The mummified remains of Otzi are some of the best preserved in the entire world. In addition to his tattooed skin, scientists were able to examine the contents of his stomach and identify his last meal as well. Covering his entire body are 61 tattoos including almost twenty groups of thin black lines ornamenting his wrists, legs and torso. 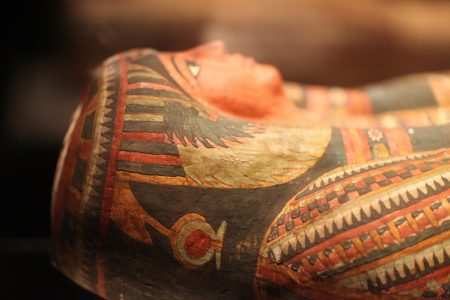 5,000 years ago in Egypt. Archaeologists discovered two mummies a hundred years ago, but needed recent technology to identify tattoos on the preserved bodies. The Journal of Archaeological Science describes the discovery. The man has two tattoos on his upper arm, of a bull and a sheep, both with curving horns. The woman has a decorative pattern and whats thought to be batons used in ritual dancing.

4,500 years ago in Chile. The Chinchorro culture was a preceramic fishing civilization that existed from 9000 BC to 3500 BC. They practiced mummification, and remaining mummies are some of the oldest remains discovered on earth. So far, only one of them is tattooed, the Chinchorro Man has a series of small dots tattooed along his upper lip. As no other mummies from the culture are tattooed, archaeologists believe they’re a symbol of status or allegiance.

4,000 years ago in China. In Chinese, tattooing is called Ci Shen or Wen Shen meaning “puncture the body.” Recorded tattoos go back as far as 2100 BC, but historically tattooing in China was undesirable and for criminals and folk heroes. In the Tarim Basin, the dry climate preserved a number of tattooed bodies (potentially holders of shamanistic roles), featuring scrolling patterns, celestial bodies and shapes.

2,500 years ago in Russia. The Pazyryk were a nomadic people in Russia during the Iron Age. They used tattoos as personal identifiers, and thought they’d help families reunite in the afterlife. The best example still visible today are the tattoos of the Princess of Ukok, mummified after being buried with six saddled horses. Her tattoos are intricate and detailed, featuring scrolling patterns and animals.

1,300 years ago in Sudan. After a CT scan of the remains of a Sudanese woman in 2015, archaeologists discovered a small tattoo on her inner thigh. The symbol is a monogram spelling out M-I-X-A-H-A, a symbol for the archangel Michael. It matches symbols from churches and artifacts from the time period. While there’s no way to know for sure, it’s believed she meant for the tattoo to protect her from violence or to help her bear a child.