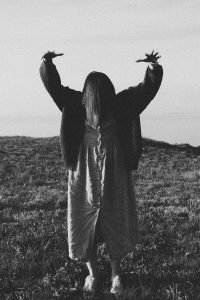 The fascination I’ve carried for cults is related to the relinquishing of responsibility. You have to wear a gray sack everyday, but at least you don’t have to decide what to wear all the time. You don’t have to pick your meals, and you probably don’t stress about the cable bill. The downside is you’re brainwashed into believing a lot of insane stuff. It takes years and hard work to deprogram, for those lucky enough to escape. Cults separate their members from their families, their lives and their money.

Aum Shinrikyo: This cult was founded in the 80’s with the belief in imminent doom. The leader of the cult, Shoko Asahara, convinced his followers that they would be the only ones to survive the next world war. The cult carried out sarin gas attacks in the Tokyo subway in 1995, causing the deaths of 12 and injuring a further 50. Just last year, Asahara and 12 of his followers were executed for the terrorist attack.

Ant Hill Kids: Canadian cult founded by Roch Theriault from the late 70’s into the 80’s. Theriault had multiple wives and concubines. He impregnated women in the cult as a requirement of his religion. Members suffered intense physical and psychological abuse including breaking their own legs, sitting on lit stoves and shooting each other in their extremities. Four members of the cult died, two from homeopathic remedies. The other two both murdered by Theriault.

The Fall River Cult: A cult responsible for what was described as the worst murder to take place in Southern New England since Lizzie Borden. Bodies of young sex workers in Massachusetts were found in the woods on a “makeshift” alter. The young women were beaten and sexually assaulted. To this day, the three individuals arrested for the crimes all maintain their innocence.

Eckankar: This cult is active on Twitter and maintains their own webpage. It’s a religion founded in 1965 under the principle of singing love songs to God. Eckankar doesn’t require members to leave their current religion, and encourages members to develop their own religious practices for the cult. It promotes itself as a non-profit but the spiritual leader sells spiritual material, all heavily copied from existing religious texts. They advertise a membership of almost 90,000 people, worldwide.

Raelism: A UFO religion founded in 1974. The founder published two books describing the religious insight he gained after his abduction by aliens. The cult is highly structured with a seven tier hierarchy. The highest level being Level 6: Guide of Guides and Planetary Guide. A sub-sect of the cult is “Rael’s Girls,” whose members are all women in the sex industry. They were the subject of a 2004 Playboy issue.

The Brethren: also called The Body of Christ and Brothers and Sisters. An apocalyptic cult that encourages the abandonment of personal possessions. Members live as vagrants working odd jobs to survive. The process of abandoning all material objects and breaking ties with family is meant to purify the cult member in order to receive salvation.