The past year has, in no uncertain terms, represented a unanimous low point in innumerable ways. From the solitude of our personal lives to the disturbance of once immutable industries, it would come as no surprise to anyone to suggest that, throughout 2020, the weight of that constant influx of bad news far exceeded the resilience implanted within us by good news. 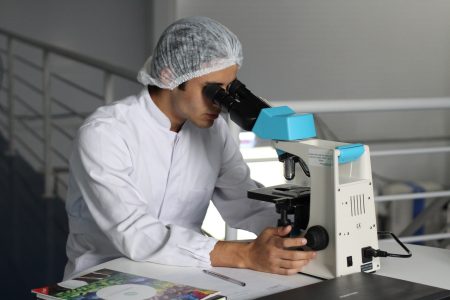 And, of course, bad news did come at us like an unbroken stream of consciousness. But, far from replacing any stories of positivity or hope, that negativity only managed to push itself to the fore. There were, in reality, still plenty of positive stories, even if they were buried.

These positive stories came from all corners of the globe, and all walks of life – even from the world of medicine which, it seems fair to say, faced the most severe challenge over the course of the past twelve months.

Here are just three of those stories, somewhat smothered by the weight of the COVID-19 pandemic during 2020.

1.     Eliminating Corneal Blindness is on the Horizon for Those Most in Need

Corneal blindness represents one of the most common causes of impaired or lost vision in the world, and, unfortunately, its strongest impact is being felt in developing nations, by those who have historically found it incredibly difficult to access the healthcare they need, and deserve.

Fortunately, the overwhelming majority of cases of corneal blindness are curable. While the condition has many possible causes, efforts to prevent and cure corneal blindness have so far proven tremendously successful, thanks to the combined efforts of medical researchers and investors alike.

2.     The US Expects to Cervical Cancer to No Longer Pose a Public Health Problem…in the Near Future

Cervical cancer is the fourth most common cause of cancer in female patients, but its grip on populations around the world has been gradually diminishing – particularly in recent years, with the introduction of the HPV vaccine, and heightened efforts to ensure that women regularly visit their GP or gynaecologist for regular testing.

Now, a report from The Lancet, released in April last year, revealed that the US believes itself to be on track to eliminate cervical cancer altogether over the next twenty years. While the timeframe may, at this point, seem long, this offers a remarkable new hope to current and future generations of women, for whom cervical cancer has long since posed a threat to health and fertility.

3.     The Prevalence of Hepatitis B in Under Fives Dropped Below 1%

Hepatitis B has long posed an incredibly worrying threat to populations around the world – particularly in infants and children who were born with the disease, and are more vulnerable to developing a chronic version of the virus.

But, in July of 2020, the World Health Organization revealed that the number of infants under the age of five years old suffering from hepatitis B had fallen below 1% in 2019 – well below the 5% that defined the pre-vaccination era.

This signals a remarkable step forward, both in the medical world, and among those who may once have been far more vulnerable to illness.