There aren’t many things in life that scream fine living, like stepping out in your car. The automobile has been a game-changer ever since Mercedes-Benz developed the first-ever engine car. Did you know that Volkswagen’s best-selling product has nothing to do with cars? Do you know the largest speeding fine ever a driver encountered? We love trivia but a little less when it comes to cars. 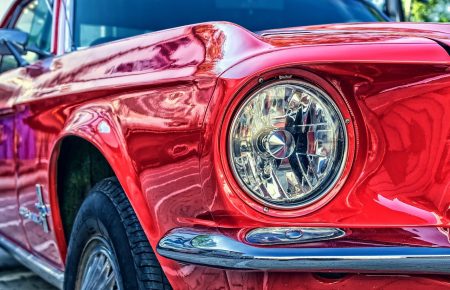 Here we have chosen to talk about the strange but true facts about an industry most of us are passionate about, and it’s the automobile.

The Volkswagen Beetle’s original name was ‘Volkswagen Type 1’. Volkswagen’s name translates directly from German to English as a People’s Car, as it was designed to be an affordable car for German people. The Beetle was produced from 1938 and 2003; that’s a 65-year-long run. The only part not changed through the life of the Beetle was the bonnet seat channel.

Moreover, the most people to fit inside a car was set by the  Beetle, which is 57. It was also offered to the British after World War, but the British turned down the manufacturing opportunity.

Most people in Dubai own supercars, reportedly Ferraris and Lamborghinis in large numbers. With these vehicles, if anyone commits a crime and runs away in a turbocharged Ferrari, it’s almost impossible for the Dubai Police to catch them. Interestingly, they then had to come with an advanced solution to use sports cars for patrolling.

It’s reported that the Dubai Police thrust 12 models of supercars that include Audi R8 and Lamborghini Aventador, and many more. Also, it’s interesting to know that only women police are allowed to drive the Ferrari FF.

Do you want fancy tuned cars like the ones that the Dubai Police drive? You can get these vehicles, second hand, at an affordable price. It’s absolutely fantastic to drive used cars instead of having to throw a load of cash on the new one. As you shop for a used vehicle, we advise you to get a proper Revs Check of a vehicle. History reports generated through Revs Check help you check if it has written-off details, stolen history, and lousy finances. The history report eventually puts you in a safe and reliable deal.

The Inventor of Cruise Control Was Visually Impaired

Ralph Teetor lost his sight when he was a kid, but that didn’t slow him down. He was passionate about cars; thus, he was expelled from school and became a mechanical engineer. He had a fantastic talent for visualizing things in his mind and has done amazing inventions, but cruise control is the crown.

The blindness sensitivity made Teetor inspired to build a technology that could control a car’s speed without the driver having to press the brakes; thus, the invention of cruise control.

A Prisoner Invented the Lamborghini

Ferruccio Lamborghini was a prisoner of a war who invented the brand Lamborghini. Before Lamborghini used to make cars, they were a tractor manufacturing company. Ferruccio first developed an agricultural tractor from military equipment at a reasonably affordable cost, which was a massive hit. His timely venture turned him into a millionaire, who eventually turned the company into the most talked-about luxury car in modern times.

Sadly the automobile industry until 1973 used whale oil as a transmission fluid in cars. Until World War II, the automotive industry discontinued using endangered-species oil when Congress banned its use.

Interesting enough? Volkswagen is most known for its automobile industry, but its best-selling product is still pork sausage. The largest speeding fine ever encountered was 650,000 euros (almost $780,000) when a person clocked 180 mph in Switzerland. If you are an automobile geek, feel free to share these facts with your friends and colleagues.