As a basic principle, you shouldn’t let outside factors impact your work. If you have a job to do, it’s your duty to do it whether you’re having a great or horrible day.

Of course, limits apply. If you’re, say, seriously sick, then by all means take a day off.

But even the most dedicated of employees is not immune to psychology. Try as we might to stay stoic, having something good or bad happen to you can have a drastic effect on the quality of your work.

At times, being distracted at work can even have lethal consequences. A new British study has highlighted this grim reality when it comes to surgeons.

The study, published in the British Medical Journal, found that elderly U.S. patients undergoing surgery are much more likely to die if their operation falls on the surgeon’s birthday. The 30-day mortality rate in such cases leaps up by a whopping 23%.

This isn’t some isolated statistic, either. The researchers took a look at 980,876 operations, carried out by 47,489 surgeons.

The highlighted operations included 17 of the most common emergency surgical procedures performed on patients aged 65 to 99. Among them were heart operations, hip and leg surgeries, and appendectomy. 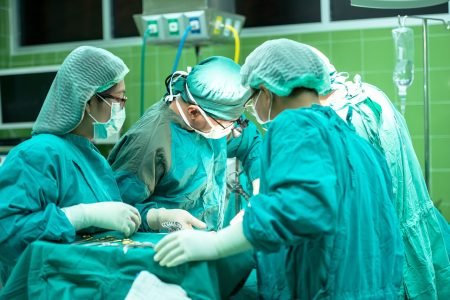 The researchers picked only emergency procedures for the study in order to eliminate potential selection bias. They wanted to make sure that patients picking their surgeons – or vice versa – didn’t have an effect on the results.

Out of the nearly one million cases they reviewed, 2,064 fell on the surgeon’s birthday. And indeed, the patients coming out of those surgeries were more likely to die within 30 days.

“Among Medicare beneficiaries who underwent common emergency surgeries, those who received surgery on the surgeon’s birthday experienced higher mortality compared with patients who underwent surgery on other days,” the researchers wrote.

“These findings suggest that surgeons might be distracted by life events that are not directly related to work,” they added.

Gee, you think? It’s almost like doctors are just human or something.

In terms of numbers, the 30-day mortality rate rose from 5.6% to 6.9% when it was the surgeon’s birthday. That might sound small, but as we said, it is a 23% increase when you look total numbers.

Have a Blood-Red Christmas

According to the scientists, this result is comparable to the mortality rate increase that can be seen over holidays (like Thanksgiving or Christmas) and weekends. Another study has found that Scottish patients going to the hospital during public holidays had a 27% higher mortality rate than those who went on a normal day.

However, the researchers conclude that using the birthday as a measurement point is more revealing.

“Our use of surgeon birthdays as a ‘natural experiment’ is arguably better than using other distracting events used in previous studies, because those events not only affect physicians’ performance but also influence patients’ decision to seek care,” they said.

In other words, people tend to not go the hospital over holidays unless they’re really, really sick. Seriously ailing patients naturally have a higher chance of dying, so that skews the mortality rate up during holidays.

This could mean that birthdays kill more people than holidays. Yikes.

To ensure that their results were as accurate as possible, the researchers had strict controls for which operations they included in the study. To begin with, they eliminated surgeons who had unusually high patient mortality rates – that is, those who weren’t necessarily all that great in their jobs.

They also excluded the birthdays that fell on a Friday. The upcoming weekend of celebrations could have a disproportionate effect on the results. 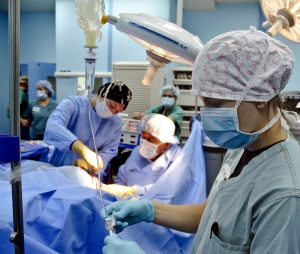 Finally, they decided to not count significant milestone birthdays, such as the surgeon turning 50.

As to why they observed this birthday effect, the researchers had some suggestions.

“First, surgeons could be under relatively higher time pressure – feeling rushed to complete procedures on time – on their birthday compared with other days of the year, because they might have important evening plans to celebrate their birthday,” they said.

“Second, conversations related to birthdays with other team members during surgical procedures could be distracting, leading to medical errors,” they added.

Surgeons could receive distracting birthday-related phone calls and messages in the operating room, the research found. They might also let their less experienced trainees do more during the operation to lessen their workload on their birthdays.

“Finally, it is also possible that postoperative care decisions could differ on surgeons’ birthdays. For example, surgeons may be less likely to return to the hospital to see their patients who show signs of deterioration if they are having dinner with family and friends,” the researchers concluded.

Not Just Doctors, Though

It does sound pretty unprofessional for surgeons that their patients are more likely to die if it’s their birthday. But – like we already mentioned – you have to remember that even doctors are only human.

Nor are doctors alone in having external factors influence the quality of their work. According to Psych News Daily, the decisions of judges during court cases – for example – can differ based on anything from the day’s weather to the results of a recent football game.

The takeaway here seems to be that we should try to keep our heads straight when doing our jobs. But if you know it’s the doctor’s birthday, you might want to reschedule your grandma’s hip surgery.

You know, just in case.