Kids say the darndest things, or isn’t that how the saying goes? Well, it turns out it’s not just the kids who say crazy things.

Influential people, famous people, and the president (yes even, I mean especially,) say the craziest things. And here are some of the craziest.

“Boys will be boys… They commit mistakes.”

Rape culture is almost entirely blamed on women, that is, if you’re a man. Mulayam Singh Yadav is a part of the Samajwadi Party. He said this during his argument against capital punishment for rape. He is the chairman of his party and a member of Parliament. He obviously thinks he can give his unfiltered opinion, no matter how he is perceived. And by the way, this whole boys will be boys saying is not only completely unacceptable but couldn’t be less appropriate in a raping. Are you kidding me? Rape is NOT a mistake, it is a choice. Also, it’s 2019 and time we start teaching boys to be respectful and consensual men.

“One problem that I’ve had today is keeping my Wongs straight.”

Alright, so there are a lot of stereotypes about people from the same culture looking similar but really? Harry Reid leads the majority in the U.S. Senate. After making this remark, Nevada Senator later regretted saying this to a crowd of mostly Asians while speaking in Las Vegas. 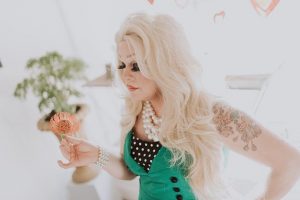 “Does anyone not believe that Congressman Annie Kuster is as ugly as sin? And I hope I haven’t offended sin.”

“Look, I understand why campaigns and all of you want to go out and just bang the president. It’s fun.”

Rick Santorum is a Republican. He told the Iowa State GOP Convention that he totally gets why politicians of his party criticize Obama. Clearly he didn’t think this comment out as he is normally full of anti-gay rhetoric. Say crazy things that you don’t even believe in? Weird.

The first black president of this United States does not make this list for something bad, racist, sexist, or anything against humans. This is because, whether you voted for him or liked him as president, Obama is an amazing, respectful, and good man. But he does make this list for having misspoken, or misspelling, as it were. He spelled, “R-S-P-E-C-T,” during a talk to a White House Crowd. Opps. And to top it all off, the queen of R-E-S-P-E-C-T, Aretha Franklin, was in the crowd. What a M-I-S-T-A-K-E. 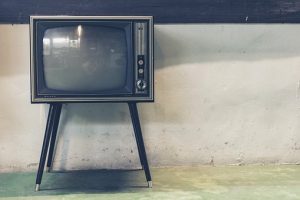 “If you were just a regular person, you turned on the TV, and you saw Eric Cantor talking, I would say – and I’m fine with gay people, that’s all right. But my gaydar is 60-70 percent.”

In saying this, Schweitzer hinted that Eric Cantor, is hmosexual when in fact he is straight. As a part of the “gay-friendly” party he apparently thought it was ok to drop the word “gaydar.” However, the former governor of Montana regretted saying that and later apologized.

Bill Cassidy is a Republican and thus thoughts like this fill that party. He is accused of being arrogant, insulting, and deliberately offensive in his remarks about people that are uninsured. It’s likely he regrets saying this out loud to the Louisiana oil and Gas Association during his campaign to the senate. Say crazy things and see what happens.

“The orange prince of American self-publicity.”

It’s no surprise that as Americans, we are highly disliked by the people of other countries. Call it the past, call it our superiority complex, call it whatever you want, but do realize that this is fact. And let’s just say our “choice” of president did not help us out in this regard. In fact, everyone I know from other countries openly asks me what the Hell we were collectively thinking voting Trump into office. Anyhow, orange he is. And well it was not neccesary or needed, I have to admit, Fysh, you were and are right. We have a publicity-seeking, orange colored, all around terrible man representing this country.

So there you have it. These men stated terrible things or at least made obvious mistakes, and all around say crazy things.