It was just a typical Thursday morning of gardening for Eliza Ruth Watson on Mountain View Road. But when she looked up and saw a fox, well, that’s when 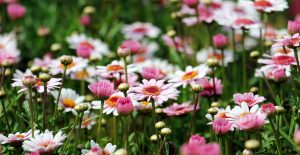 By the end of her fight and struggle with the wild animal, Watson would be taken by ambulance to the hospital. She was sent to Mercy Hospital in Portland with minor cuts and bites to her hands.

“At the hospital, people kept asking, ‘are you the one who wrestled the fox?’” Watson commented.

“It’s certainly not how I expected to spend my day,” she said. Though she did say that this wasn’t the first time she was approached by wildlife in her yard.

Her and her husband have encountered foxes before as they have poultry so animals creep in from the nearby woods, hoping for a snacky snack. Most of the foxes are big and bushy-tailed, and run away when they encounter people.

Watson attempted to run at the fox while waving her arms to try and scare it off. She soon realized that this fox was not like the others.

Not only was the fox not running away, but instead it was running towards her, ready to attack. “Thinking back on it now, the fox was a mangy, stanky fox,” she said. “I ran towards it, with my hands flailing, yelling at it. Instead of taking off, it came at me,” she said.

Watson wasn’t expecting this, so she did the first thing that came to mind, and she kicked it. “I thought, ah, I will kick it. It came back,” she said. “It kept coming back, and I kept kicking it. It jumped — I was wearing yard gloves, thank goodness, or I really would have been injured. It jumped up and bit into my hands.”

To find out what happens next, read part two!