Here is more of what  happened according to Choundhary.

They prevented Choudhary from leaving, she said, and kept torturing McGuire through the night, before moving him to a bedroom where he was hogtied with a rope around his neck.

They threatened to inject him with a truth serum, drive him back to Minnesota in the back of a truck “and basically leave him there for everybody to find,” Choudhary said.

Then Amanda presented two syringes, which Choudhary said she later learned were filled with the “bad batch” of meth. “They told me that since I was the one with the nursing experience, I was going to be the one to inject him,” she said. “And they gave me the syringes and instructed me to inject him into the carotid artery.” 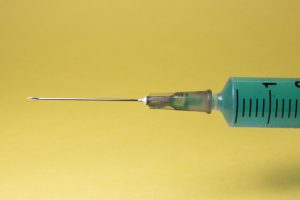 Cloudhary did as she was told, and alleged that afterward, Amanda said, “Well, that should be enough to kill him.”

“They stood over me and told me I needed to finish it and needed to strangle him,” Cloudhary told the judge, “so that’s what I did.”

Larry stood on McGuire’s back while his face was pushed “into the cushions” and the rope around his neck was pulled, she said. Amanda sat by McGuire’s head, laughing and “asking him, did he really believe he was going to end up back north?”

They then made Cloudhary gather the man’s belongings and burn them in a bonfire, after which she said she was told to put the body in a garbage bag.

The effort required her to snap the body’s limbs out of the rigor mortis that had set in.

“That’s not a sound I ever want to hear again,” she said. “They instructed me as to what to do and stood back and watched me do it.”

Rather than dump the body in a mine shaft “where it wouldn’t be found,” as Larry had initially suggested, she said the trio drove around the rest of the day before stopping to dig a grave together.