First there was Valentine’s Day dinner, then they killed the daughter’s boyfriend, and eventually got married. The woman was forced by the two to kill the man

Valentine’s dinner was steaks, potatoes, and a bottle of wine, but it wasn’t until after the meal that “things started to get strange,” said Anna Marie Choudhary, a third member of the family who joined in the murder of her sister’s boyfriend.

John Thomas McGuire “was struck on the head with a wine bottle, tied up, tortured, injected with methamphetamine, strangled, buried, disinterred, dismembered and then buried again,” that night. Anna Marie Choudhary, 33, of Boone, N.C. pleaded guilty to second-degree murder Wednesday in the 2019 death of McGuire, 38.

Amanda McClure and McGuire were a couple at the time of his murder in his McClure Sr., in Skygusty, West Virginia home that he shared with his father, Larry.

McGuires body was discovered by authorities in September 2019 in a shallow grave on the property after Larry shared where he was buried while being questioned about another offense. 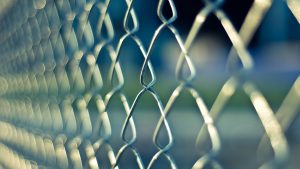 The events of the murder were described by Choudary during her court case:

About two weeks before Valentine’s Day, McGuire and Amanda were traveling from Minnesota when their vehicle broke down in Indiana. Larry and Choudhary went to pick them up and moved them into their home.

The couple were “coming off meth pretty hard,” Choudhary said, and decided to brew a new batch with ingredients that Larry helped them buy. Although the ingredients failed to coalesce properly, Amanda McClure retained the liquid in a jar.

Choudhary said that during this time, she saw her father “go off to the side” to speak with her sister, but Choudhary said she wasn’t yet aware of an intimate relationship between the two. She also said her father asked her to cut up some pieces of rope — a request that didn’t seem strange at the time.

Then came the holiday meal, where Amanda kept the wine bottle close at hand.

During the game, McGuire’s feet were tied. Larry “sat down and, I don’t know, it was a grin that I’ll never be able to describe,” said Choudhary. “But as John sat up and bent over to untie his feet, and it all happened so quick, but Amanda stood up and grabbed that bottle and bashed him over the back of the head with it. And the next thing I know John had reared up and was leaning back against the wall holding his head.”

“And that’s when Larry looked at me and told me if I knew what was best for my children and wanted them to live, I would follow all instructions that were given to me from that moment on.”