The latest craze in healthcare seems to be setting up GoFundMe pages just so people can pay their doctors. It’s a sorry state of affairs that such donation drives are needed in the first place, but at least they help people.

Unfortunately, wherever there’s money, there will always be unscrupulous characters looking to make an easy buck. It’s a good thing, though, that the long arm of the law manages to catch most of them.

In the UK, 42-year-old Nicole Elkabbas was sentenced to 33 months in jail on February 10, reported KentOnline. She had set up a GoFundMe account in 2017 asking for donations to treat her ovarian cancer.

The thing is, Elkabbas never had cancer. But that didn’t stop her from accepting almost $70,000 in donations from kindhearted people who only wanted to help.

Nearly 700 well-meaning donors fell for Elkabbas’ scam. You can’t really blame them for believing her lies – Elkabbas played the public like a fiddle.

Her profile included a picture of herself bedridden in a hospital. She had even written the profile description as if it had been authored by her mother.

The sob story described her as a “loving mom” of an 11-year-old son who had been “recently diagnosed” with ovarian cancer, wrote KentOnline. Her request for money was straightforward – if she didn’t get enough funds to pay for her treatment, her made-up disease would kill her.

Really, it’s no wonder people bought it. The whole story seems meticulously crafted to tug on your heartstrings. 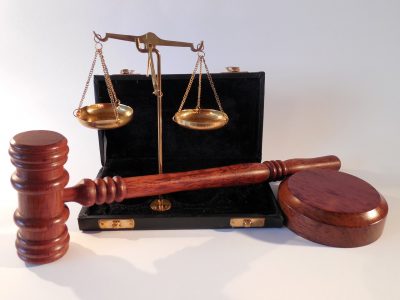 Building a House of Lies

Many unsuspecting good Samaritans dug deep and sent money to Elkabbas. But in reality, everything she had told them was a lie.

As said, Elkabbas didn’t have cancer. The picture she posted was real, but it was taken after a gall bladder surgery she’d had a few months earlier.

Perhaps the most morbid part of her deception was involving her mother, Delores. Delores died from ovarian cancer in 2020 – the same disease Elkabbas pretended to have.

She even went so far as to post fake stories about her struggles with the disease on social media. Her fraudulent stories only helped bring in more money.

None of that money went to doctors, though. Instead, Elkabbas spent it all on gambling and living large in general.

Elkabbas, a former fashion consultant, is a habitual gambler. According to New York Post, she splurged around $85,000 every year on betting online and in casinos.

But her abuse of her donations didn’t stop at gambling. Court documents show she spent more than $8,000 dollars on luxury vacations to Italy, France, and Spain.

She also burned thousands of dollars on dinners at first-class restaurants and expensive shopping sprees. On one occasion, she paid more than $5,500 for a private box to watch a soccer game.

Doctors to the Rescue

Elkabbas’ deception was eventually uncovered by her consultant oncologist. The doctor, who had just a few weeks earlier told Elkabbas that she didn’t have cancer, discovered the GoFundMe page.

Her gynecologist and (former) friend Dr. Nicholas Morris also happened upon the website. Looking at her hospital bed photo, he realized something was amiss – Elkabbas claimed the photo was taken in Spain, but Morris realized the setting was actually the Spencer Hospital in Margate, UK.

Both doctors reported Elkabbas to the police, and her house of cards came crashing down. The investigation discovered not only her extravagant spending, but also the lies she’d told about her treatment.

Elkabbas claimed that she was staying at Barcelona’s Teknon Clinic, but the hospital had never even heard of her. Her supposed doctor Filipe Suarez also didn’t work there – in fact, he didn’t even exist.

Needless to say, the cops didn’t like what they saw. Soon enough, they brought fraud charges against Elkabbas and arrested her.

Judge Mark Weekes, who handed Elkabbas her sentence, didn’t mince words when laying down the law.

“The deception was cunning and manipulative. You produced detailed and at times graphic account of the treatment you were receiving with a view to keeping those you had snared in your web of lies paying you money.”

“All the while, you were gambling, enjoying shopping trips and luxuries in Italy and Spain at their expense,” he said during sentencing.

Fraud investigator Oscar Riba Domingo of the Kent and Essex Serious Crime Directorate also had no sympathy to spare on Elkabbas, whom he called a “compulsive liar.”

“Cancer is a terrible illness that claims countless lives across the world every day, so for Elkabbas to lie about needing treatment for it is beyond disgraceful. There is absolutely no excuse for her actions and she is deserving of the prison sentence she will now have to serve,” said Riba Domingo.

Michelle Booker, who donated more than $8,000 to Elkabbas, testified at her trial. Booker has been involved in charity fundraisings for 25 years and has actually lost a friend to ovarian cancer.

“I contacted Nicole and got taken for the ride of my life. I try not to think of that time, when I do I feel sick to the stomach,” Booker told the court.

“I’m angry at myself for being so naive – when I stop feeling angry I feel sad this has changed me,” she added.

We can only hope Elkabbas’ outrageous lies haven’t convinced good people to stop helping others. That would be a crime much worse than what she was sentenced for.