We never know how we’re going to react when someone dies. The truth of the matter is, we all deal with death differently.
For most people, there is a good amount of sadness, some regret, and a lot of wishing they could go back for a second. But, it’s not this way for everyone.
In fact, some people don’t mourn at all. And in the case of this abusive husband dying, his wife was not sad or mourning.
When this not-so-loved one passed away, the widowed wife took matters into her own hands, literally. After her husband died, Marsha Widener posted a video, and here are parts of what she shared. 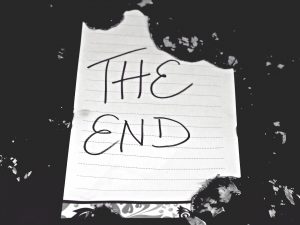 Marsha Widener begins the clip by saying, “I know you’re not going to understand why I’m doing this,” then she shows a box of filled with ashes to the camera, explaining they are the remains of her late spouse, Don Widener. She states, “His family don’t want him, his brother doesn’t want him around, his kids doesn’t want him – actually, they want him to go in the gutter or the toilet.”
Marsha shares that Don was garbage man who brought trash from businesses to the landfill. Now it’s her turn to bring him to the landfill.
She begins to untie the garbage bag with his cremains and says, “This is for all the pain and all the turmoil he has caused my children and myself and what he calls his parents. This is his goodbye.” She then starts to pouring his ashes into a trash bin, noting as she does, “This is for all the times he kicked me in the head – yup, he put my head through a window.” She spills ashes on the ground and grinds them into the dirt with her foot. She empties the rest into the bin, throws the bag in too and says, “Adios amigo!”