There is nothing worse than bed bugs in our hotel bed, much less, our bed. But what if they are somewhere else?

Especially in the midst of you trying on clothes? Say in a dressing room at a store.

Well, it may not surprise you that I’m talking about Walmart. This is what happened.

It was this last Thursday when employees at the Edinboro Walmart found a closed pill bottle containing live bugs in a boy’s jacket. The jacket was for sale in the clothing department.

After the bottle was found, it was thrown out in the trash. But, a day later, a hygiene services contractor,  contracted out by Walmart, found the bed bugs crawling around the men’s fitting room. 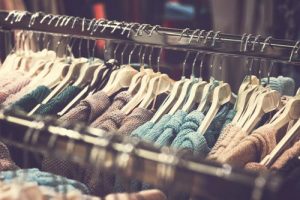 Then, on Saturday another employee of the store, found an additional pill bottle with several dead bugs on the floor of the men’s department. Police have been dusting the bottle for fingerprints and employees have been scanning surveillance footage to try and find the bugger, as it were.

The store has also taken steps to be sure they are the only one with the bug contamination by calling neighboring stores and verifying potential bug infestations to be sure it’s isolated. Cindy Schick, Pennsylvania State Trooper, said that the bug-filled bottles suggest a possible prank, but hopes “that it was not a prank by an employee.”

No arrests have been made but at this point, any suspects would most likely be charged with disorderly conduct regarding the incident.