You’d expect a lot of weird stuff to come out of Florida. But bears starting to act up?

Actually, that’s pretty much still in line with Florida.

But in all seriousness, though, there’s something up with the bears of the Sunshine State. For some reason, the animals are approaching civilization and causing mischief.

One man walked out of his door, only to find a nearly 400-pound bear having a nap on his porch. Elsewhere, a woman watched as a bear brazenly devoured her precious avocados.

These probably weren’t the same animal. But there are only 50 miles between where the two incidents happened, so maybe there’s a connection. 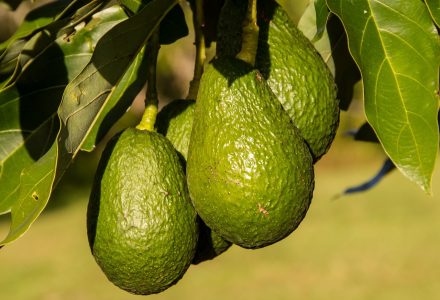 The first incident happened in Heathrow, Florida, about 15 miles north of Orlando. Local homeowner Chuck Robbins saw a message that someone had spotted a bear in his neighborhood.

So, he did what any self-respecting Floridian would do. He ventured outside looking for a bear hoping to shoot some pictures, maybe even a video.

Hey, at least he didn’t go out to actually shoot the bear.

Much to Robbins’ disappointment, though, the bear eluded him. So, he came back home, called it a night, and went to bed.

Perhaps he dreamt of meeting a real bear. Soon enough, his dreams turned into reality.

Robbins woke up to a text from his neighbor. The message said a “big bear” was in Robbin’s front yard.

Excited, he wanted to go take a look but decided it’d be smart to peek through a window first. And it’s good he did because the bear was sleeping on his porch.

“He was just laying down, rolling over,” Robbins told Fox 35.

The bear was big, too. Robbins said he’s seen a lot of bears, but this one was the biggest — he estimated its weight at around 375 pounds.

“It was amazing. I just walked out, and it was like right there in front of me and so close,” Robbins recalled.

Wait, he went out to see the bear? Well, let nobody say the man lacks courage.

The other bear encounter took place in Davanport, some 50 miles south of Heathrow. Here, Lynn Wracan had hung Christmas lights on her avocado tree.

According to Wracan, there have been plenty of bear sightings in recent months around the Thousand Oaks area where she lives. Based on the sightings, the locals believe it’s the same bear.

Wracan had also spotted the animal rummaging around her avocado trees in the wee hours of the morning. She assumed the bear was fascinated by the colorful lights.

But she was wrong. In a video, she caught the bear consuming the avocados.

“He’s eating our avocados. No, that’s not a good idea, pumpkin,” Wracan says on the footage.

After seemingly eating some of the fruit, the bear decides to imitate the one on Robbins’ porch. It lays down to rest.

It seems the bear has developed an interest in a healthy diet. Wracan isn’t the only victim of the beast’s fruit-pilfering habits and it’s being blamed for several incidents of disappearing fruits around the neighborhood.

The residents have reported the bear to the authorities, but they’ve only said there’s nothing they can do. Locals can only hope the bear decides to hibernate.

“Wildlife said we wouldn’t see him in December, and he is here to gather as many calories as he can,” Wracan explained.

Whether you knew it or not, black bears are actually Florida natives. By the time European settlement of Florida began, an estimated 11,000 bears called the state home.

But with ever-shrinking woodlands and sprawling human habitation, the bears have dwindled. Still, they’re not exactly endangered, and around 4,000 black bears still live in Florida.

However, with fewer wild places left for them to roam, they’re increasingly finding their way into human settlements. So, it’s not that unusual for bears to nap on people’s porches or eat their avocados.

If you live in Florida and happen to encounter a bear, the Florida Fish and Wildlife Commission recommends you don’t do what Mr. Robbins’ did. Either walk backwards slowly until you can safely get away or stay put — whichever seems to irritate the bear the least.