Cannabis sativa is a plant species that is commonly grown in cosmopolitan areas as a source of industrial fiber, seed oil, food, recreation, and so on. Sativa is a term that was introduced back in the 18th century to describe the hemp plants found in Europe and Western Eurasia. It designates tall, narrow-leaf varieties of cannabis with energizing effects. What we refer to as hemp represents the industrial, non-intoxicating varieties cultivated for fiber, seeds, and CBD. The vast majority of CBD products are manufactured from hemp plants, which don’t contain any traces of tetrahydrocannabinol, the psychoactive compound. 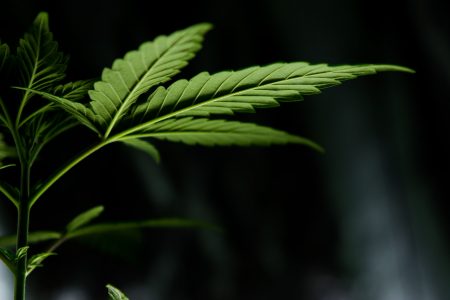 Interestingly, the hemp plant is native to India and Persia. Over the past couple of years, it has been cultivated in all temperate and tropical countries. In the old days, plant fibers were used for the production of rope, fabrics, and paper. Needless to say, hemp seed has been harvested for the oil that can be crushed from it. It was used for various dishes and manufacturing soaps, paints, lubricants, and, last but not least, cosmetics. At present, hemp oil is deployed as a remedy for a wide range of conditions, including but not limited to cardiovascular disease, Alzheimer’s, and skin issues.

Understanding the differences between sativa and indica

If you’re like most people, then you’re likely to confuse sativa with indica, thinking that they’re the one and the same. Attention needs to be paid to the fact that there are great differences between these two types of cannabis. Sativa is more energizing and provides relief for common medical conditions. Indica, on the other hand, relaxes the body entirely and creates a somewhat sedative effect. It’s appropriate for recreational, medicinal, and spiritual purposes. Many choose the indica strains to relax after a really hard day or to cope with chronic illnesses. The more pure the indica strain is, the more pronounced the effects are.

The cannabis plant comprises multiple cannabinoids – in other words, chemical compounds that add unrivaled effects. As opposed to THC, CBD is a non-intoxicating compound. Even if cannabis indica presents a higher CBD content, the HC ratio amounts to 1:1. In case you didn’t already know, the legal limit for THC is 0,3%. Because it can cause sedation, cannabis indica should be used with caution. If your CBD contains too much THC, then it’s illegal. Relying on indica and sativa designations to forecasts a strain’s effects is a good course of action. What is important to keep in mind is that cannabis sativa produces a stimulating head high, so as to say, inducing a feeling of overall well-being.

At present, it’s possible to enjoy the various flavors and aromas of sativa without getting high. Companies such as PHF make available premium sourced hemp flowers that are lower in THC and higher in the on-intoxicating compound known as CBD. Given the vast spread of hemp flower and CBD products, many people are just starting to learn how to use such products properly.

Cannabis sativa has a long history as a medicinal plant

The use of cannabis sativa dates back to ancient times. Physicians in many parts of the globe used to introduce cannabis into medicines to treat pain, as well as other ailments. The first documented case of cannabis sativa use dates back to 2800 BC, when it was listed in Emperor Shen Nung’s official list of medicinal drugs. It was introduced to the Western civilization by William Brooke O’Shaughnessy who described the many therapeutic uses, including a case where cannabis succeeded in stopping convulsions in a youngster. The first ones to independently isolate cannabidiol were Dunstan and Henry. Needless to say, the search for active components in the hemp plant continued, with a focus on figuring out the chemical structure.

Cannabis sativa has become available as a licensed medicine in America for almost a century. The American Medical Association decided to remove it from the 12th edition of the U.S. Pharmacopeia. In 1985, pharmaceutical companies were given the green light to develop certain preparations for therapeutic use, so cannabinoids were reintroduced into healthcare. These days, great efforts are made to implement medical cannabis. The only cannabis-based drug to ever have been approved by the FDA is Epidiolex.

Users can take advantage of the following health benefits of cannabis sativa:

Attention should be paid to the fact that the list isn’t exhaustive. Cannabis sativa can positively affect your health in many ways. Unfortunately, there’s not enough research on the issue, which leaves patients vulnerable. They have to find relief for what troubles them elsewhere. Medical cannabis is legal, but healthcare professionals aren’t willing to inform their patients about their options. The reason for this is that the federal government considers cannabis a Schedule 1 drug. Doctors can’t prescribe it and research is discouraged.

There are several barriers to conducting scientific research on cannabis and, implicitly, cannabinoids. The only source of cannabis for scientists is provided by the DEA. The regulations and policies make it hard, if not impossible to get one’s hands on cannabis for study purposes. The many barriers to conducting comprehensive research is a public health problem, which translates into the fact that patients lack the necessary treatment options. We are left with a great many unanswered questions and it’s a pity that we can’t better inform the public.

The most popular cannabis sativa strains

To wrap up this article, we’ll discuss a little bit the most popular cannabis sativa strains. Sativa strains are perfect for activities that involve physical endurance and a high level of social interaction. Use the following shortlist to explore sativa strains and their effects: