If you grew up in the 80s and 90s, you remember all the awesome yet weird quirks of the decades. For a fun flashback, read on!

You loved the big and heavy shoes of the 90s. The Doc Marten sandals were full of straps and buckles, and had thick heavy soles. Even simple white shoes had thick-platformed white soles.

You used a pager, it was the latest technology for a while, and it was awesome. 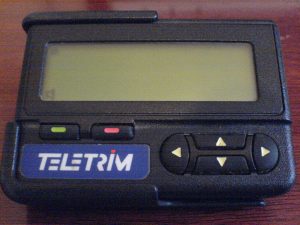 People would call your “number” to let you know that they needed you to call their number.

You made book covers out of paper bags. Remember? You had to cut it, fold it, and slide the inside covers into the pockets. Too fun.

Time consuming and tedious, but looking back this was fun. Making mix tapes 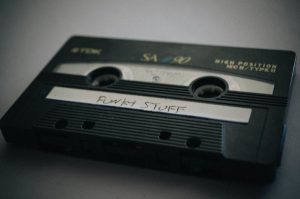 so that you could listen to your favorite songs whenever you wanted was how you did it back then. There was none of this instant streaming music (or shows for that matter.) You had to listen to the radio, trigger finger ready to record the songs you wanted and stop the recording during commercials.

In Home Improvement, you always wanted to see Wilson’s face, but you never could! This was before IMDb (technically started in 1990 but not as widely used as now.) If you only saw a part of a person’s body or face in a show, you would always wonder what they looked like. On Home Improvement, we never saw Wilson’s face, just reaped the benefit of his great advice. Speaking of which.. **BRB, going to see what Wilson’s face looks like**

The fashion from Saved by the Bell was your inspiration! The leggings were neon colored and the jewelry and hair was big. And you wanted these looks!

The slap bracelet was fun and had all the different styles. Layer them and you

will always have  awesome accessories..and something to do. Slap away.

Scrunchies are multi-colored, bedazzled, and glittered rings of fabric, and in the 80s, we loved them.  They were the must have hair accessory of the decade. But

by the 90s, this trend was no longer. But like Carrie Bradshaw says, you wear them {scrunchies} while washing your face.

The 80s was known for nothing if not having big hair. Permed, teased or fluffed, your bangs were big and so was your hairstyle.

The 90s had the weirdest toys. Remember Gak? Trolls? How about Pillow People, Madballs, Pogs, Tamagotchi, Tickle Me Elmo, or the Creepy Crawly Bugmaker?

The 80s did, too. These toys may be not be from the decade but toys like the Spirograph, Viewfinder, and Skip-It were the top toys of the 80s.

Neon was the “color” of the 80s. It was worn head to toe, and all of our wardrobes revolved around it. Your shoes, shirts, outfits, jewelry, purses, backpacks, and everything else were best in the hue of neon.

Bangs were hair gold in the 80s and 90s. And the bigger, the better. It doesn’t 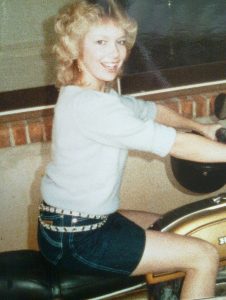 matter if you have straight bangs, permed bangs, or long side swept bangs, your hair game was on point.

Did you grow up in the 80s and 90s? What was your favorite oddest, weirdest, or quirkiest part of these years?