The state of Wisconsin is awesome, gorgeous, and lots of fun. And one of the funnest parts about the state is its foods, its weird foods. 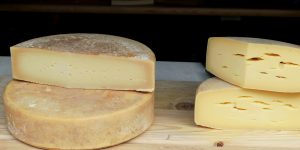 Wisconsin is known for beer and cheese. So lots, if not the majority, of its foods revolve around these two foods. Here are some of the weirdest Wisconsin foods there are.

And if you think we don’t have enough cheese to eat and add to everything, then know this, you can wear cheese. Yup, Wisconsin is the home of the cheese head thanks to the Green bay Packers. Maybe you cannot eat cheese or maybe you don’t like cheese, but with a cheesehead hat, you can still have Wisconsin cheese. 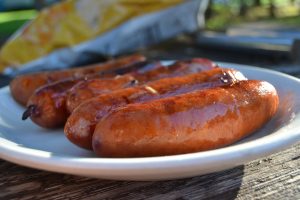 Brats are sausage type meats that are most commonly cooked on the grill. They are pork-based and can be cheese filled or not. (Because let’s be honest, anything eaten in Wisconsin can have cheese added to it.) Brats are also added to soups, salads, pastas, and pizza, or on a  bun, but who wants to be that normal. You can’t always find brats everywhere and there really is no replacement or substitute for them. But if you’re in Wisconsin, you have to try a brat. And in the summer they have Brat Fry’s and any festival or fair will have them, too.

Everything on a Stick 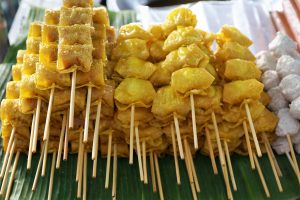 This is another festival thing in Wisconsin, but you don’t have to go to a festival to get one. These are served daily at restaurants, in schools, and in food trucks all over the state. And don’t think you can just get a corndog on a stick, because Wisconsin serves anything and everything on a stick. Here’s a list of some of the best things you can get on a stick in this state:

And honestly so many more. But if this list isn’t enough for you, then you are just too needy because this is all the food on a stick you could ever want or need. Thank you Wisconsin. 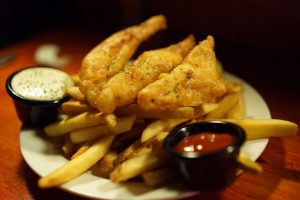 While these are not foods, they are synonymous with Wisconsin and for that matter,  with each other. Supper clubs are totally Wisconsin. They are romantic and fun. You can make yourself a salad at the salad bar and order a delicious steak or chicken meal with some homestyle sides. And of course, top it off with a Wisconsin Old Fashion. Old Fashion’s can be made a few different ways but a typical Wisconsin style one is sweeter with brandy and maraschino cherries.

These are some of the off, weird, and simply delicious food finds you can discover in Wisconsin. Not only are these foods delicious, but some of them squeak, some of them crisp, and all of them can be found on a stick. Happy Eating.