World Records are broken all the time, new ones are thought up and old ones are challenged. Whether you want to be known for playing the most consecutive chess games like Iranian Ehsan Ghaem-Maghami or making the largest sandwich like the country of Mexico, here are the weirdest world records. 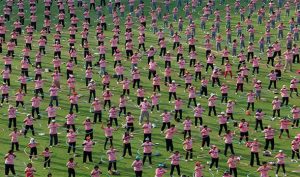 Hula hooping is usually left to the kids, maybe gym glass or a fun time at gymnastics. But when you get the most people together and give them hula hoops, you can break a world record instead of just play. This is what happened, just outside of Bangkok, Thailand when 4483 people came together, donned hula hoops and for 7 minutes, did this move together.

Most Spoons on Body 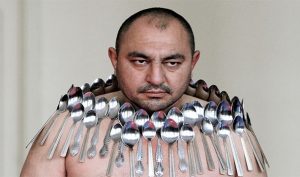 Maybe it wasn’t just my family, but did you ever try to balance a spoon on your nose? Your forehead? Somewhere else on your body? It was tradition at holidays to play with spoons in this way growing up. At least one other person has tried to balance a spoon on himself. Or better yet, 53 spoons. In 2013 in Tbilisi, Georgia, Etibar Elchiyev covered his body and balanced the spoons taking the world record for this strange balancing act. 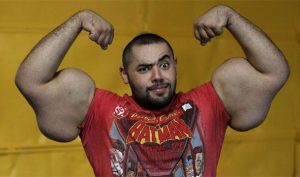 Now there are people worldwide that want the best bod. They want washboard abs, the covet large, shapely calves and a defined yet muscular shape. But then, there are the people that want the biggest. The biggest thighs, or the biggest forearms. This is not unlike Egyptian Mostafa Ismail who has the biggest biceps. His biceps are 31 inches in diameter.

Balancing a Car on Your Head 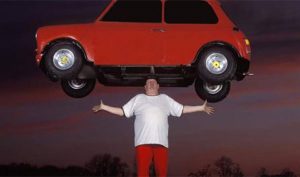 Yes, you read that right. Most people cannot balance a book on their head much less something immensely larger and heavier. But that didn’t stop John Evans from trying. And he succeed, in balancing a car on his head. A 352 pound mini was balanced by only his head for 33 full seconds. Now that is just weird. 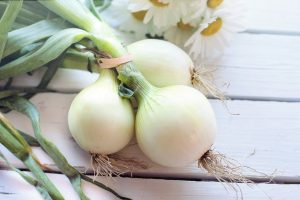 Do you have a friend who can eat onions, raw? Not sliced onions on their burger, not diced onions for their chili, but literally eat an entire onion, raw, as if it were an apple. I have a friend like this and people think that she’s a little crazy. She is but rather, she isn’t the only one. It was Englishman Brian Duffield who completed the task of eating a raw onion the fastest. He did it in 1 and a half minutes. Hopefully it wasn’t the kind that burns your eyes. Yike. 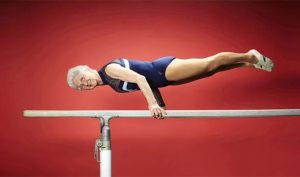 Maybe not so weird but so cool! Many people use the excuse that they can’t exercise the way they used to because of their age, when in fact, it’s just the opposite. Age has literally nothing to do with how you can move your body. If you make sure to move often and keep flexible, you can do almost anything you once could. Just take it from Johanna Quaas of Germany. This awesome athlete is 86 years old and still competes. Try to tell me now that you “can’t.” 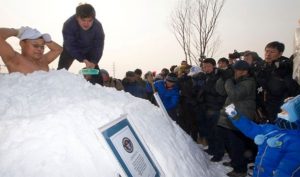 And if you’re a cold weather person, than maybe the snow challenge is for you. It isn’t eating snow, creating the biggest snowball or even having the largest snowball fight. Nope. This is actually being buried in the snow, and seeing how long you can last, or better yet, how long your body can last! Jin Songhao lasted for a bitterly long 46 minutes and 7 seconds, buried chest deep in the snow. Now either this guy has no feeling from the chest down, or he was full of coffee or diet pills to keep his body “warm” or better yet, non hypothermic. Just wow.

These are some of the weirdest world records ever. If you want to set a record for yourself, good luck to you!