Each state has its own people, its own traditions, and yes, its own foods. Some are awesome, Wisconsin cheese curds included. Some are strange and regional, yes Florida, I am talking about gator nuggets. Let’s see what other weird things there are to eat in the states.

If you’re an (80s and 90s) Roseanne fan, then you know all about loose meat. When Jackie was a trucker, she ate these sandwiches in Iowa and convinced Roseanne and friends to open a restaurant and sell these to the town of Lanford. At first, everyone said no and thought it was a terrible idea. Turns out, it wasn’t. These sandwiches are Sloppy Joe-esk but without the tomato sauce. The meat is a crumbled beef and there is a lot of grease, all piled onto a hamburger bun. While they probably taste pretty great, they don’t look that great and the name? Not good. 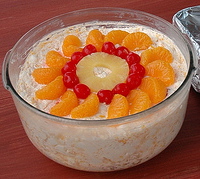 Alabama has claimed its stake on this fruit and marshmallow dish, most popular throughout the 80s. Ambrosia Salad was common on a holiday table and while it’s a dressed up fruit salad, it often has nuts, fruit, marshmallows, and of course, maraschino cherries. Why this state still loves this salad after all these years? Not sure, but it’s true. 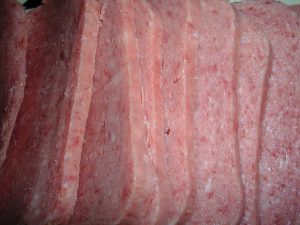 In Hawaii, they call it SPAM musubi. This is literally like sushi, but where you would typically find a sashimi-grade piece of tuna or other seafood, you find a slab of spam instead. For those of you who don’t like sushi, you may like this dish. But then again, maybe not. For those of you who do like sushi, you probably won’t like this dish, at all. Spam has been popular in Hawaii ever since it was exported from the mainland, mostly because it lasts forever. So now, while on vacation in the beautiful islands of Hawaii, you can get Spam and Eggs or Spam Sushi. Or have local, fresh fish and other delicious seafood, instead. You decide.

Illinois has gravy bread, it’s a thing there. What’s gravy bread? Well, you know when you have an Italian Beef, and then there is the au jus on the side or poured over the meat on the sandwich, and the bread gets all soggy and au jus-y? Well, take away the meat, cheese, vegetables and any other toppings from your Italian Beef and there you have it, Gravy Bread. Yup, that’s it. A bun with lots of au jus type “gravy” all over it. Some people even love this so much that they get it for delivery. Yes, that means that the bread is probably cold and definitely soggy, but still coveted by its adoring fans of the state of Illinois. 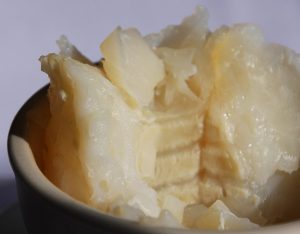 Any Norwegian, or anyone that has tried Lutefiisk for that matter, is shuttering at the mere mention of this almost clear, jelly-like fish. The state that loves this fish? North Dakota. This Norwegian fish is eaten often at Christmas time. But even to Norweigans,  this is NOT considered a typical dish, for Christmas or any other time for that matter. But North Dakota likes it and Lutefisk is baked and served with butter. The thing is, If you had it growing up, you know the fish stunk up the whole house and was only eaten by one, maybe two, guests around the table. *Eww.*

Poutine, yum. As a consumer of poutine in both Canada and the United States, I can say that poutine is a little different here in the States, in a good way, it’s better. Traditional Poutine has fries, a beef gravy and cheese curds. But in Maine, they love their lobster. So Maine’s take on their version has cheese curds, gravy, french fries, and you guessed it, lobster.

Reubens didn’t come from New York at all, did you know that? It was the early 20th century when someone put corned beef, swiss cheese, dressing and sauerkraut together on rye bread and called it a Reuben. It turns out, he named it after himself. Reuben Kulakofsky, from Omaha, Nebraska, first created this sandwich. He piled the sandwich high with toppings and then grilled it to a golden brown perfection. 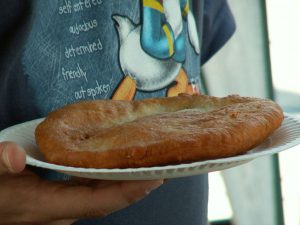 Over 100 years ago, the US Government forced the Native Americans that lived in Arizona to relocate to New Mexico. This 300 mile trek is known as the “Long Walk.” Without readied gardens for crops when they arrived, the government provided canned goods, white flour, sugar and lard to the people. Fry bread has been around ever since.

No matter where you call home, these foods are found all over the country. Would you want to try things like Lutefisk or delivered Gravy Bread? You may want to think again.