One of the arguments for legalizing cannabis is that it makes weed dealers more accountable for what they sell to potheads. That claim is now being put to test.

Two Californian weed connoisseurs have filed a lawsuit against a local cannabis company. The class action lawsuit claims that weed cultivator DreamFields is misleading its customers.

This isn’t just a case of two stoners having built up too much tolerance to feel a regular joint anymore, though. The lawsuit, filed by law firm Dovel & Luner, claims that DreamFields is misrepresenting the psychoactive compound content of its Jeeter brand of cannabis products.

According to the complaint, DreamFields claims on the product labels that its pre-rolled joints are much more potent than in reality. As a result, consumers can’t get the buzz they’re looking for. 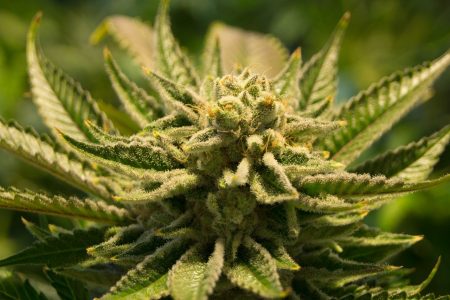 The substance at the heart of the dispute is tetrahydrocannabinol — or THC. It’s only one of the 113 cannabinoid compounds in weed, but it’s the one principally responsible for getting you “high.”

Without going too deep into the science behind weed, THC is a fairly simple chemical. The more you consume, the higher you get — which is why serious potheads want a high THC content in their weed.

The biological limit for THC in cannabis flowers sits around 35%. However, on average, natural weed usually has a 15-25% THC content.

However, it’s possible for cannabis manufacturers to artificially increase the amount of THC in their products. They can infuse joints, vaping liquids, edibles, or other cannabis products with THC concentrates.

As a result, you can buy weed products with THC content as high as 95%. And that’s why the lawsuit is happening.

According to the lawsuit, DreamFields claims that its Jeeter pre-rolled joints have more THC than they actually do. There’s a simple reason why they would do that.

It makes them more money.

“Consumers are willing to pay more for cannabis products with higher THC content,” the lawsuit states.

DreamFields know this, the complaint alleges, and intentionally pumps up the numbers on its labels.

“Consumers ‘use THC percentages like nutritional labels, purchasing products based on their THC content.’ … Defendants know that THC content is highly material to consumers, and have a

direct financial incentive to overstate the THC content of their products,” the complaint reads.

Bump Up Those Rookie Numbers

The claims of the lawsuit aren’t based just on how high the claimants think they should get. They actually cite more or less scientific evidence.

DreamField’s Baby Jeeter Fire OG Diamond Infused pre-rolled joints, for instance, claim on the label that they have a 46% THC content. However, Weed Week’s tests showed that the real content is only around 25%.

The tests Weed Week carried out had a very generous 10% error margin. Based on the results, it appears the joints have a greatly exaggerated label.

But, again, tests showed that in reality, the joints have only around 25% THC.

The lawsuit alleges that DreamField’s overblown THC percentages are directly harming innocent tokers looking to get high. It also claims that the company is violating several other California laws related to false advertising and negligent misrepresentation.

The claimants — Jasper Centeno and Blake Wilson — say they’ve purchased the Jeeter products many times, believing the high-THC claims. However, they also say that they wouldn’t have bought them if the labels had been truthful.

As a result, they’re now looking for an undisclosed amount in damages. For DreamField’s sake, we’d better hope the amount doesn’t end up being too high.