Even the most dedicated cinematography fans are yet to name an aspect of human life that hasn’t been turned into a motion picture. Perhaps a true movie geek would come up with a surprisingly obscure theme, but that’s pretty rare. 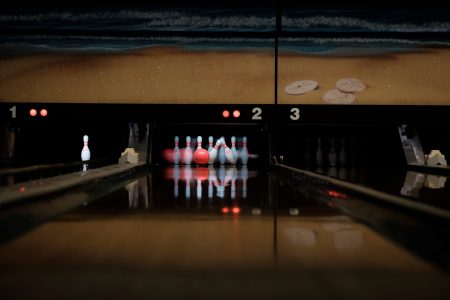 The thing is that we’ve covered a lot of ground already. It turns out that sports are usually an appealing topic, even if we’re talking about a little less popular disciplines.

This niche sport has a rich history. When talking about pictures with unusual disciplines, we might as well start with a classic. 1993’s Cool Runnings surely has to be described as such. Granted, bobsleighing may not be the most fashionable activity, but put it in a captivating context, and you get an unexpected hit. This famous American sports comedy is considered one of the best ‘underdog’ movies about sports.

In fact, the term ‘underdog’ could be a small understatement here. Undoubtedly stronger words come to mind when thinking about a team from Jamaica trying to compete in the 1998 Winter Olympics.

And yet, a unique and uplifting story such as this does not happen too often. Especially when it is inspired by actual events, even if the exact details vary a lot from real life. Although the Jamaican bobsleigh crew did not end up going home with any medals, they prevailed against their movie opponents and conquered our hearts.

Poker may not feel like a sporting discipline in a traditional sense. However, the popularity of the game and the well-documented presence of many professional players encourage us to treat it a little more seriously.

It also explains why moviemakers make poker films or use the game as a nice background or a fashionable motif. Sometimes it just looks cool to see a James Bond type dressed up and ready for some casino action.

The basic poker rules are not hard to understand, even when playing for the first time. Therefore, the storyline in the movie is also easy to follow. The excitement, high stakes gameplay, and the potential for creating suspenseful moments make it perfect for the big screen. Among those titles that made it to the mainstream are Rounders, Maverick, Casino Royale, and Molly’s Game.

While the activity seems like an excellent idea for an entertaining night out, there aren’t that many movies about bowling. The ones that treat the subject on a serious note didn’t seem to make a significant impression on the history of cinema. On the other hand, at least a few bowling-themed movies with a more comedic approach could have stuck in the audience’s memory.

Knocking down the pins with a cool bowling ball was such a big part of the iconic Cohen brothers’ The Big Lebowski that one of the key characters and a great player got his spinoff in 2019 (The Jesus Rolls).

Other than that, a crazy Woody Harrelson comedy like Kingpin undoubtedly stands from the crowd. The 1990s do not disappoint with this one. After all, when a former professional bowler (Harrelson) becomes a manager for a promising young protégé from the Amish community–what can go wrong?