From the snarling feral beasts of Aliens to a kind wrinkled raisin that just wants to phone home, some kinds of extraterrestrials have fascinated people pretty much ever since stories were a thing. Maybe we just like to think that we’re not so utterly alone in the universe.

Now a U.S. ex-military boss is saying that we might want to start seriously preparing for the possibility that someone else is out there. And that they might not come in peace.

Luiz Elizondo – former Director of Programs to investigate Unidentified Aerial Threats for the Office of the Secretary of Defense – told LiveScience that preparing for potential threats from UFOs should be on the table of every world leader.

“I think we’re at the point now where we’re beyond reasonable doubt that these things exist. We know they’re there. We have some of the greatest technology in the world that has confirmed their existence,” Elizondo said, referring to UFOs.

So is this aerial threat expert from the U.S. military complex seriously suggesting we should prepare for an alien invasion? Well, maybe not exactly. 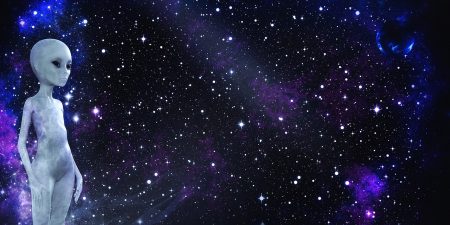 But What is a UFO?

In everyday use, the term ‘UFO’ usually refers to an alien spacecraft. But when Elizondo talks about UFOs, he’s really referring to them just as what they are – Unidentified Flying Objects.

Because of the pseudo-scientific stigma attached to the term UFO, U.S. military has lately started changing its terminology. These days, they’d rather talk about Unidentified Aerial Phenomena, or UAPs.

Whether called UFOs or UAPs, neither of these terms really means that what they’re referring to is of alien origin. It’s just what it says on the label – a thing up in the air that we can’t identify for certain.

From a military perspective, having anything unidentified flying in your airspace is seriously bad news. It might very well be some kind of new, human-made technology developed by a potentially hostile nation.

“There’s something in our sky and we don’t know what it is, we don’t know where it’s from. Is that a problem? From a national security perspective, yes, it’s a problem,” summarized Elizondo.

“We need to understand what these are, in order to make a determination if they’re a threat.”

To this end, the U.S. military has been conducting “secret” investigations into potential UFOs for decades.

The “secret” is in quotes because it’s really one of those secrets that everyone knows about.

One of the more famous U.S. UFO investigations was Project Blue Book. Running from 1952 to 1970, it collected data from more than 12,000 UFO sightings around the world.

A vast majority of these reports ended up being perfectly normal things mistaken for aliens. Among the misidentified things are airplanes, weather balloons, clouds and even starlight.

Nonetheless, some 700 incidents have remained unsolved.

Military investigations are generally – and for a good reason – secret. But in the case of U.S. UFO investigations, the excessive secrecy backfired on the military officials.

Seriously claiming that you encountered an alien UFO is an easy way to get branded a bit of a nutjob. This is exactly what happened to the U.S. military, and as time went on their research became a common butt of jokes and hoaxes.

The overt secrecy and public stigma led to military officials downplaying the seriousness of UFOs. Elizondo said that this was done even in the face of the very real security risks they could present.

“That’s really what led me to resign [from the Department of Defense],” he said. And it’s hard to blame him. Having your hard, heartfelt work dismissed constantly would make anyone do the same. 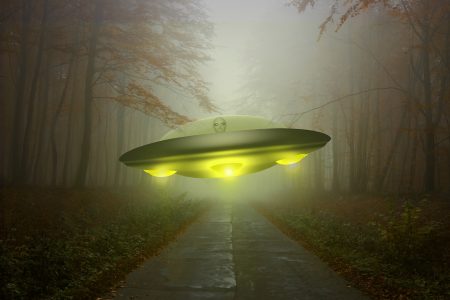 ‘Defy the Laws of Physics’

These days, Elizondo is surrounded by much more likeminded people. He is now the director of global security and special programs at the To The Stars Academy of Arts and Science (TTS/AAS).

The TTS/AAS – founded in 2017 – is a private organization that works to research documents and physical materials related to UFO phenomena and develop related technology. In a nutshell, they’re looking for evidence of UFOs.

The organization is unlikely to run out of research material anytime soon. For example, according to a Huffington Post report about the 2017 opening ceremony of TTS/AAS, the organization’s Academy member Chris Mellon highlighted an unclassified case from 2004.

The incident involved two U.S. F-18 fighter jets that encountered a strange flying object with no wings or any visible means of propulsion.

“Two F-18s approach, the four aviators see that the object has no wings or exhaust — it is white, oblong, some 40 feet long and perhaps 12 feet thick,” Mellon described the incident.

The encounter happened in broad daylight and was caught on video by the fighter jets’ gun cameras. To this day, we don’t know what the flying craft actually was.

In a more recent case, on June 17 a round, white object was spotted floating in the skies of Japan. Looking at it on video, it really seems to be just a weather balloon.

The problem with that explanation is that Japan’s Meteorological Agency firmly stated that “it’s not ours”. Chief Cabinet Secretary Yoshihide Suga said the Japanese government also had no clue of what it was or who it belonged to.

Conspiracy theorists immediately started speculating on the case. Was the balloon an instrument used to spread the coronavirus that’s still running rampant worldwide? Was it a propaganda instrument by the North Korean government?

We don’t know. And it’s precisely cases like these that Elizondo believes should be in the public domain and not stuck behind miles of government red tape.

“The fact is that we might not necessarily be alone. Now is the time to move forward and try to answer some of life’s deepest mysteries,” he said.