Choking is inevitable in this life, it’s like biting your tongue. It happens to all of us along the way, but some more than others. But in these terrifying situations, sometimes choking led to death.  You will never believe what happened. 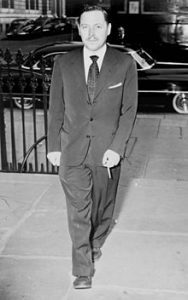 So this playwright was in his room at the Hotel Elysee in New York in 1983 when he popped a cap into his mouth. No, not like popping a cap into someone’s a** (this isn’t a rap song.) The cap was one you would find on eye drops or nose spray and for whatever reason, he decided it was a good idea to put it into his mouth. Anyhow, rumor spread that Williams had died this way, by accidently choking on this plastic cap. But it turns out a medical examiner found the barbiturate secobarbital (“dolls”) in his system.  According to a CUNY professor, his death may have been mixing Seconal with other substances, kind of like how Michael Jackson died. However, Williams’ companion was able to convince the medical examiner to write “death by bottle cap” as reason for death. 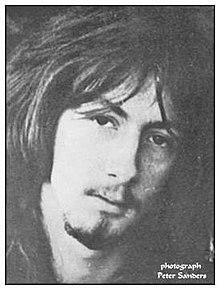 Took was a musician in the band Tyrannosaurus Rex. He, along with the rest of his band, were excited when their manager said that the would get back some of the royalties they were owed. Took was no longer a member of the band at the time and he decided to take all the money and blow it on a huge bash, including magic mushrooms, morphine, and booze. It turns out that Took took too much and when he was drinking a cocktail, a cherry slipped into his (now numbed) throat and he didn’t notice. He died at 31 years old.

If there is any better reason to quit golf, or at least quit putting golf tees in your mouth, than I don’t know what it is. Prior was an avid golfer and a Navy Lieutenant. He took a few days’ leave from work and decided to spend every minute of it playing golf. He was playing at the Army Navy Country Club in Arlington, VA. By the end of the first day, he was very nauseous. But the end of the third day, he had a rash and a fever of 104.5. He later went to the hospital. Baseball-sized blisters followed and a week and a half later, he died. On his body, 80% of his skin was burnt and blistered. Later they found out that it was his habit of sticking his golf tee in his mouth that did him in. Apparently, every hole had been covered in fungicide, what the golf course used to keep the grounds green. His reaction to the chemical burned him from the inside out and caused several of his major organs to fail. Yike. **Never golfing again.* 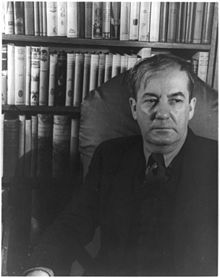 Anderson was a novelist and a short story writer. He was on a cruise with his wife in 1941 when he began to experience terrible stomach cramps. He died a few days later in Panama, where doctors discovered that he had swallowed an entire toothpick, whole. The toothpick damaged Anderson’s internal organs and they became infected. So I guess the moral of the story is, too many martinis (with olive skewers) can kill you.

Brown was a health nut, so by all accounts, he should have been healthier than ever, right? Nope. Turns out that you shouldn’t overdo it on vitamins either. Brown was known for drinking a  gallon of carrot juice everyday and when he couldn’t do that, he would take excessive amounts of Vitamin A. He died from “hypervitaminosis A,” when his liver shut down after the overdose of Vitamin A. Don’t overdo it on vitamins, if you take too much, you just pee it out anyhow. Or in this case, you die.

This chemistry student may have had a brilliant mind but he made a stupid mistake. It cost him the lower half of his face, and ultimately, his life. When Likhonos was studying at the Kyiv Polytechnical Institute of Ukraine he developed a habit of dunking his gum in citric acid to give it a sour “pop.” When he accidently dipped his gum in an explosive substance he had been working with, and not citric acid, the combination of his saliva with the powder was powerful enough to blow off his lower face, and paramedics were unable to save him. Lesson here? Just chew your gum until your done with it and throw it out. And if you want it to taste sour, buy sour gum.

Well, now you know. Cut back on the Vitamin A, no golf allowed, and don’t double dip your gum. You heard it here first.