Surely we are incredibly familiar with sports like football, baseball, hockey, and basketball. But in this vast world, there are still so many new sports that you can barely imagine how you will play!

In this article, we will introduce you to two of the weirdest sports! 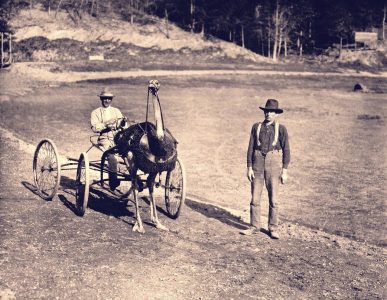 In the world of sports involving animal rides, horse racing is considered the number one in terms of gravity and speed. Not only that, but horse racing popularity is also concretized into betting content on Sports Betting Online NJ. However, according to the Daily Mail, if it is unique and skillful of a jockey, horse racing may not be able to overcome ostrich racing.

Each race usually has up to 5-7 ostriches starting each turn, and the length of the track is the same as that of horse racing, whichever finishes first will win. Ostriches are fitted with a specialized saddle and bridle, while the participants are wearing a helmet checked before competing. Although accessories are similar to horse racing, ostrich racing always attracts and creates excitement and fun for the audience thanks to the strangeness and difficulty of it.

According to American media, ostrich racing is more complicated than horse racing and other types of animal racing. The speed of an ostrich can be up to 70 km/h. Therefore, each ostrich player must go through hard training to balance on the back of the rather stubborn ostrich.

According to The Sun, players must practice special skills to disable the ostrich wings to maintain the saddle. More importantly, the contestants must train hard to ostrich obedience on the track. This is considered a deciding factor of winning or losing in each race.

To date, ostrich racing has not only become very popular in these localities but also extends to many places in the US, held alternately with camel and zebra races. According to a recent statistic, the ostrich races in the city of Chandler during the Arizona ostrich festival in March last year attracted more than 100,000 spectators and visitors from around the world. 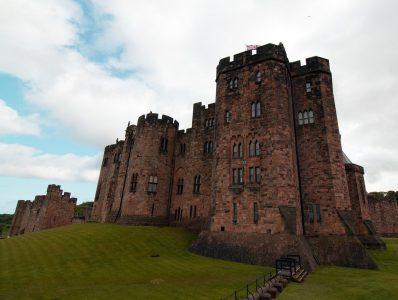 Those who read the Harry Potter series of writer J.K. Rowling is certainly no stranger to Quidditch students of Hogwarts. Now it appears in real life.

Naturally, players cannot fly brooms in the air like the characters in the story. The player also has a broom, must even sit on it, not to be dropped during the game, but must run, not fly. The ground-based version complies with all the rules mentioned at Hogwarts, but with one exception, the Golden Snitch – the winged golden ball will be held by a man in a yellow shirt. Fans said the ground-based Quidditch was the result of a mix of football and rugby when seven players from each team tried to throw the ball through a small ring at the end of the opponent’s court.

This Quidditch course was proposed by Xander Manshel, an English student at Middlebury College in Vermont, USA, and has been put into play since 2005. Currently, there are about 400 universities and more than 300 schools in the US. The high school has formed the Quidditch team, and the Inter-School Quidditch Association, established in 2007, will host the tournament. The annual Quidditch World Cup is a fairly large sporting event in the US, with athletes from 16 states and 46 colleges gathered in New York to compete.