Streaming services are destroying traditional television, and our attention spans are dwindling to nothing, so television ads need to step it up to grab our focus. These are the top 10 weirdest ads ever made, including a throw-back to the weirdest toy of the seventies. Here’s hoping that the advertising geniuses behind these marketing fever-dreams got some rest after they aired. 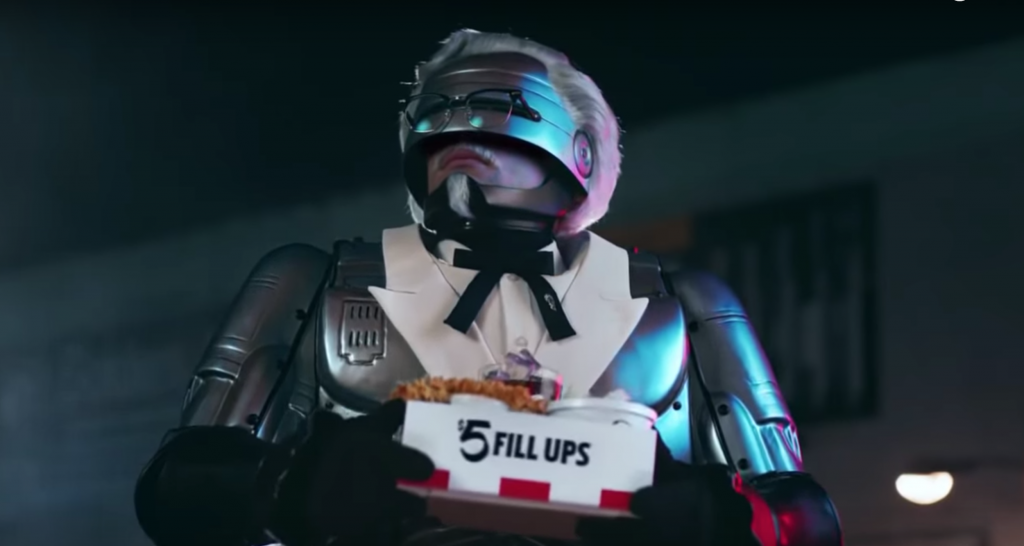 Kentucky Fried Chicken. Colonel Robocop. These series of commercials feature a throwback to the nineties movie series, Robocop. The commercials do a mash-up of Colonel Sanders and Robocop, with a notable white goatee on top of the robot face. The voice-over in the commercial is the original Robocop actor, Peter Weller. Watch them all here. 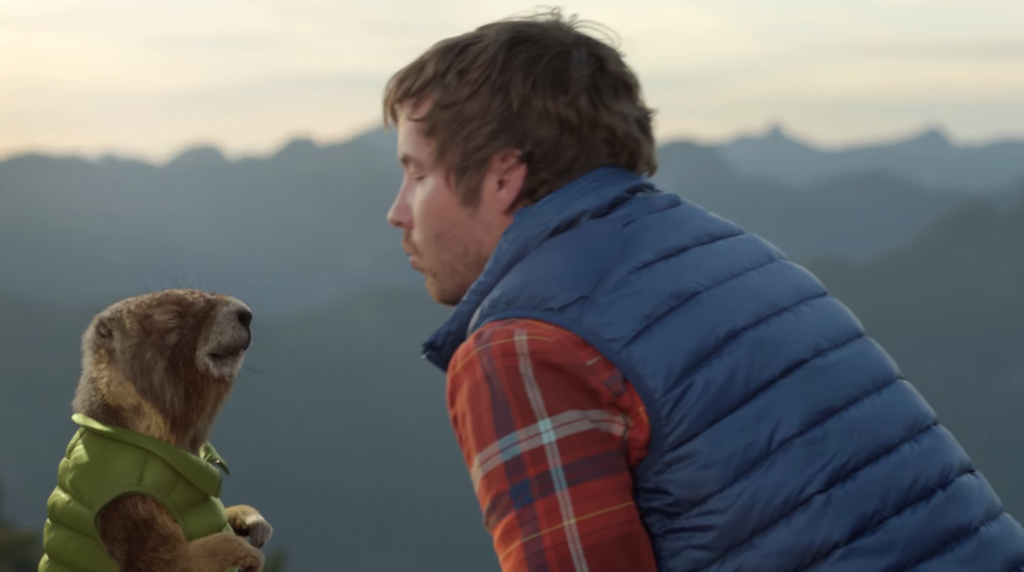 Marmot Mountain. Outdoor Adventures. This commercial premiered at Super Bowl 50 and is so bizarre in the best way. Featuring the music of Flight of the Conchords, it tells the story of a man and a marmot forming a friendship in the outdoors. Watch the whole weird concept here. 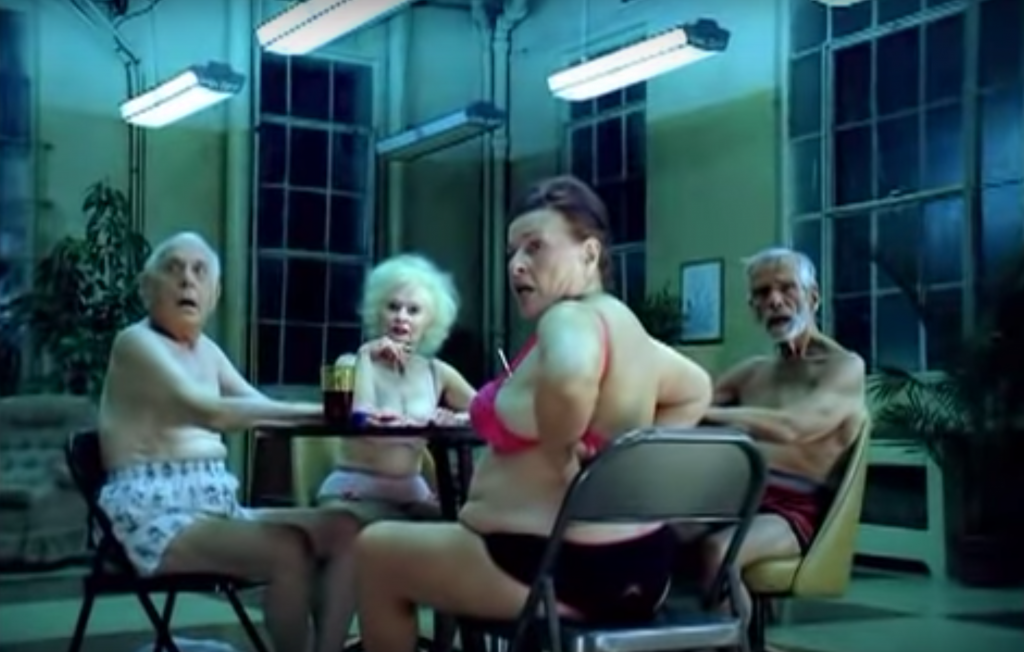 Centrum Silver. Strip Poker. This commercial for multivitamins for the 50+ crowd appeals to the desire to feel young again. Most of the commercial is a sexy game of strip poker amongst young people, who all have bizarrely good cards. The big reveal is that they’re residents in a retirement home, they just feel twenty-something thanks to vitamins. Watch the commercial in its entirety here. 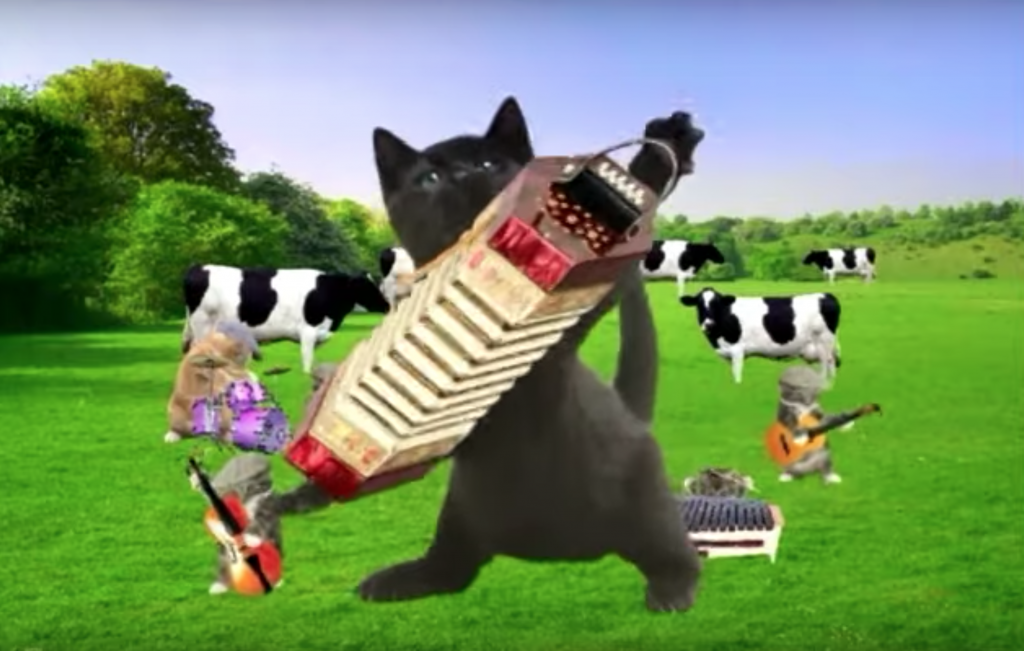 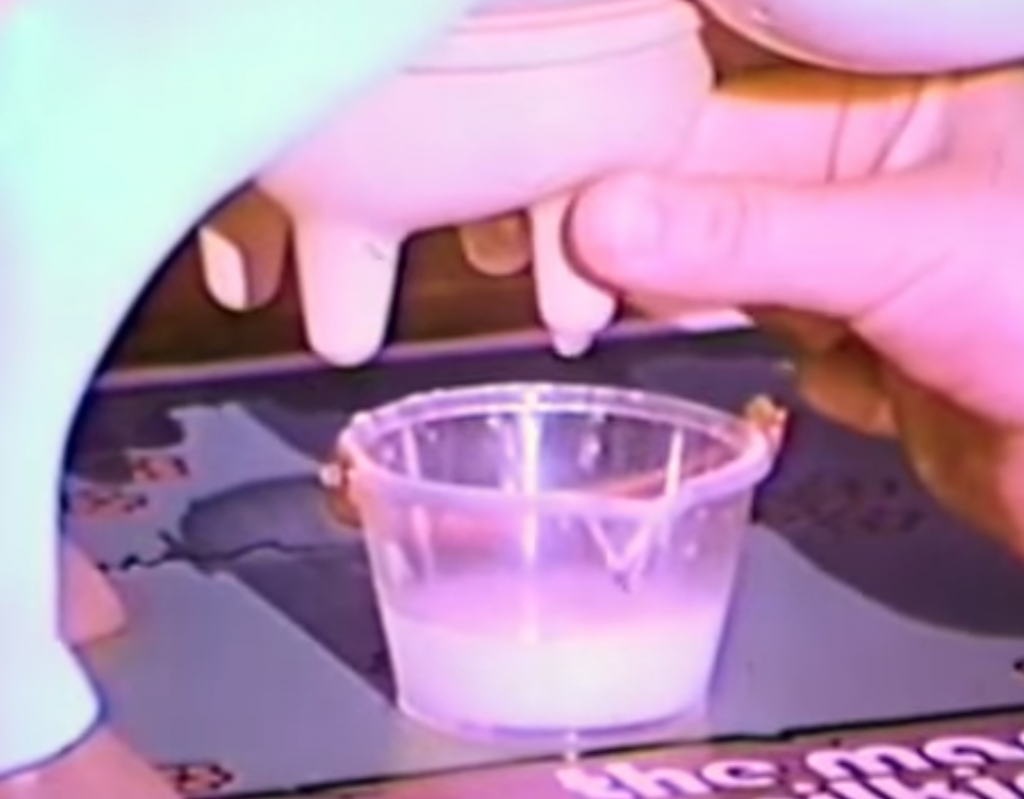 Milky the Cow. Milking Cow Toy. While this commercial is straightforward, the product is so bizarre. Watch this commercial and then give a Gen X-er a hug for having to grow up in the seventies, when this was a cool toy. You can watch the whole commercial here, but fair warning, Milky has a catchy jingle that you might sing for the rest of the day. 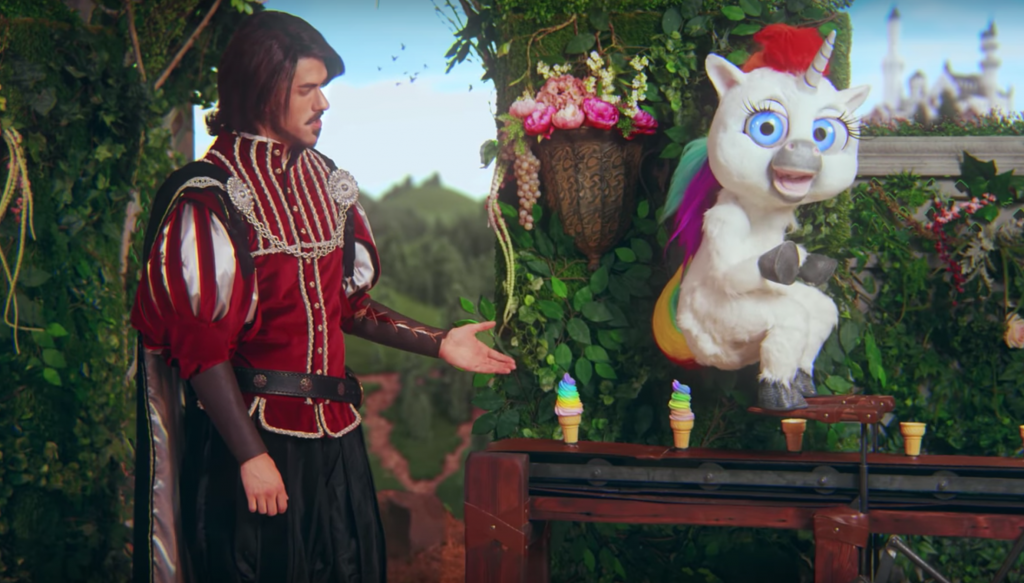 Squatty Potty. Unicorn Poop. You’ve got to admire Squatty Potty; They’re selling a weird product and rather than trying to make it palatable, they lean-in on the weirdness and open with a unicorn pooping ice cream into cones. Learn about how to poop better here. 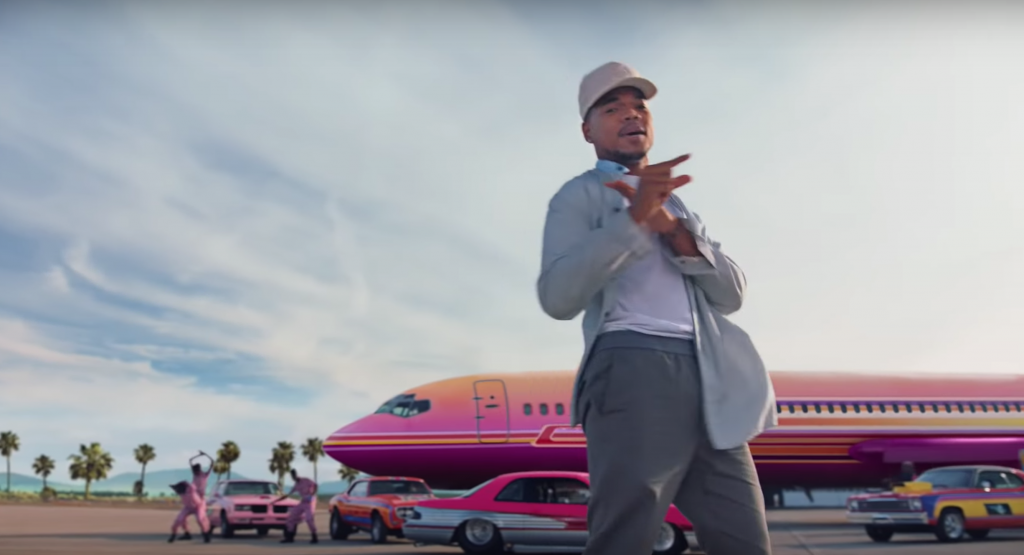 Doritos. Chance the Rapper AND Backstreet Boys. Super Bowl commercials have to go big or go home, but this one made me laugh out loud for a minute. It makes sense, because the product is flamin’ hot Doritos, clearly gunning for Flamin Hot Cheetos. The commercial is a high production value music video mashup between Chance the Rapper and the Backstreet Boys. The time & money put into this is so strange, it delights me. Watch the whole thing here. 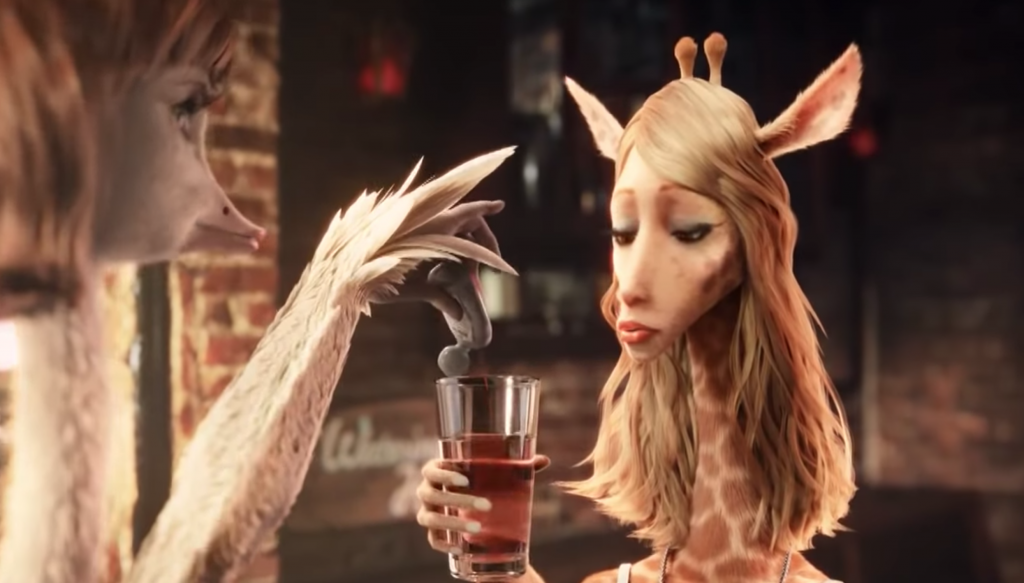 MiO Energy. Nose Job. Animals discuss the merits of plastic surgery while using MiO to “customize” their water. Watch the whole thing here to catch the camel who augmented her humps. 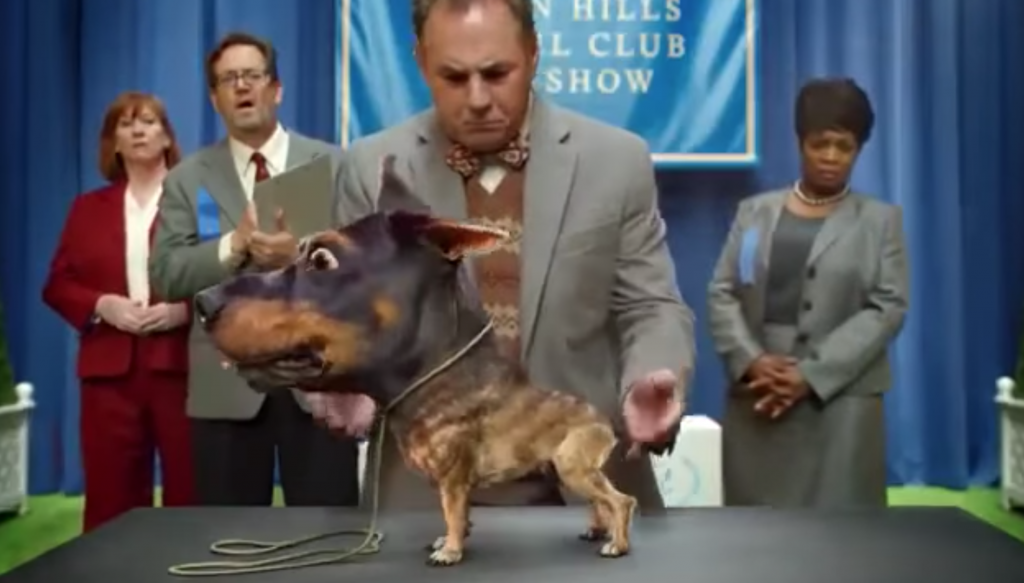 Audi A3. Dober-huaua. A couple dog-shopping arrive at an impasse picking between a chihuahua and a doberman. They’re offered a bizarre compromise of breeding a dober-huahua. The commercial posits that the designer breed, with the head of a doberman on a chihuahua’s body, will cause worldwide disasters. The only way to avert disaster? Shop Audi, who doesn’t compromise. Check out the commercial here. 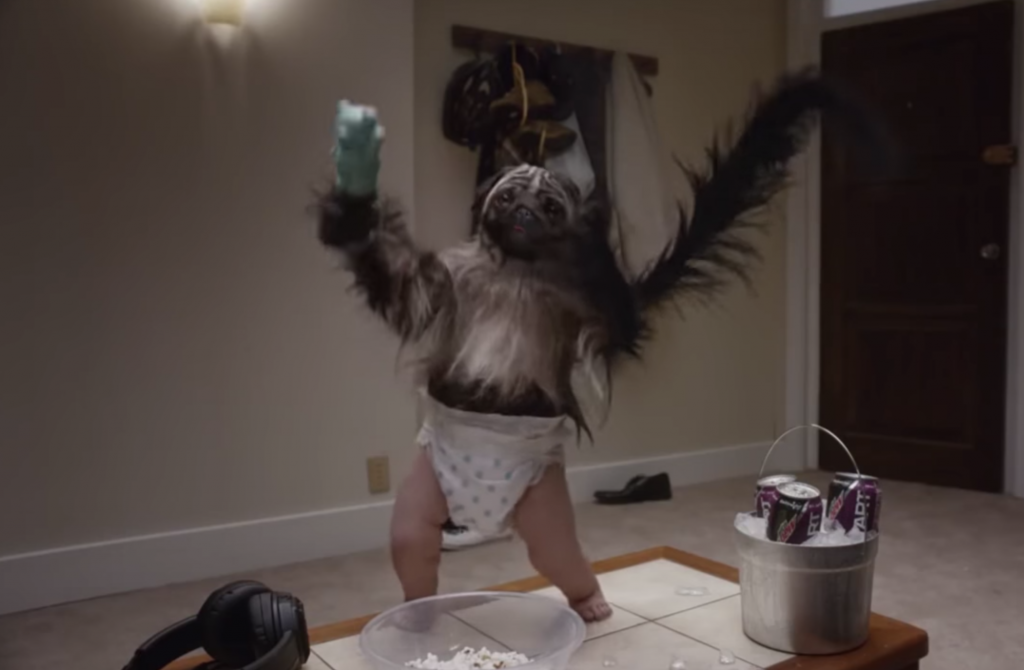 Mountain Dew Kickstart. Puppy Monkey Baby. There are so many weird and uncomfortable moments in this commercial, it’s the stuff of nightmares. Watch it here at your own peril, it’s one of the most bizarre Super Bowl commercials of all time.

For more weird ads, check this out!  And to create and monetize your ads, check out these top 10 affiliate programs, including the Builder Affiliate Program Review.  Fun ads that also make money?  Sign me up…