A Texas mother received a notification she wasn’t expecting on Monday. She was rightly confused.

Kelsey Golden got a message from DoorDash saying her order would be taking a bit longer due to the unusually high amount of items within the order.

What had happened was, her son, Barrett, placed an order at McDonald’s for a total of 31 cheeseburgers. This shocked mama was working on her computer when she realized her toddler ordered a bunch of cheeseburgers through her phone app.

“He usually likes to take pictures of himself, and so he was doing that (…) I thought I’d locked the phone, but apparently, I didn’t because then DoorDash came with 31 cheeseburgers,” Golden said.

Between three kids and being in the middle of moving, she’s been extremely busy juggling it all. She’s accidently ordered lunch for the kids before, sending it to their school instead of the house.

The closest McDonald’s is about six miles away from Golden’s house. 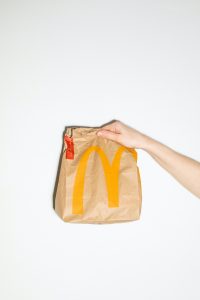 She was shocked when she got a knock at the door and the delivery driver handed her what Barrett had ordered. Once she got the order, 31 cheeseburgers in all, Golden didn’t know what to do with them all.

“I didn’t know what to do with them, he only ate half of one,” Golden said. “So I posted on a community page on Facebook here in Kingsville and asked if anybody wanted some.”

Some people on Facebook reached out to stop by and grab the burgers, while others tried to give her  advice on how to store the food or where to give it away. The total on the McDonald’s receipt was $61.58.

On top of that, Barrett was feeling extra nice and tipped the DoorDash delivery driver $16.00 in the app. Including the food, fees, delivery, and tip, the grand total came out to $91.70.

Along with that, Golden has a priceless story to tell about her son, cheeseburger lover, for many years to come.