Today is the day! That is the day that pot dispensaries are expecting to make more sales than normal as people prepare for the upcoming feast, also known as Thanksgiving. But today is Weed Wednesday so go buy your pot!

A company from California that delivers these such supplies is known as Eaze. The director of consumer communications, Shiran Shiravi, expects the company will handle double the sales of a typical Wednesday based on past results.

“Last year, Eaze saw a 98 percent increase in deliveries on Green Wednesday compared to a typical Wednesday in 2017,” Shriavi reported. “We expect this year’s holiday week to have a similar spike too, especially since so many Americans are becoming more open to cannabis consumption, particularly in California since legalization in January.”

The spike comes with a risk of shortages specifically for states like Massachusetts. This state will become the first state east of the Mississippi where pot is legal.  Sam Barber says that it’s very possible that the demand will initially outweigh the supply. 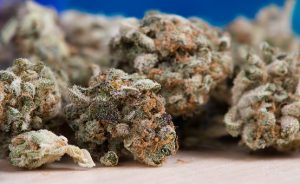 “Obviously there is an immense demand, and we’ve been preparing for a while to help meet this. But, again, we can’t make any guarantees about how long our supply will last,” Barber shared.

Others say the shortage is possible even in states like California where marijuana has been legally available since the first of the year. Jesse Gibson, co-founder and VP of marketing,  weighs in saying that shortages are a fact of life in this business for the short term.

“We are seeing shortages every day these days as the interest continues to grow, and as cannabis sheds its stigma,” he said. “I think that the extent of the shortages will continue, but it will be market specific. Somewhere that is recently legal doesn’t have the same supply as let’s say California, but the demand will be very high. I imagine that we will see these shortages for a number of years while the producers catch up with the ever-growing demand.”

Others believe that retailers are ready and anticipating the sales of the day. Hannah Davis of Mammoth Distrobution, a company that distributes products all over California said this; “We expect sales to double this week, but we’re seeing our retailers stocking up so, hopefully, it’s not an issue. I do expect people to make larger purchases to share with friends.”

If you want pot before your potluck, today is the day to stock up! Happy Weed Wednesday and Happy Thanksgiving!