Reality is stranger than fiction and if you’re a true degenerate, you may just profit from it. Betting online isn’t limited to just picking winners for a sports game or predicting the award show winners. You can bet on almost anything from the strangest real life events to rumors to all kinds of lunatic theories.

We uncover some of the strangest bets you could have actually bet on.

Six of the Strangest Things That You Could Have Bet On

Prop bets, short for “propositions”, are a popular type of bet that goes outside predicting the outcome of a sports game. This opens the doors for all kinds of whacky bets that range from entertainment shows to real life events. Chances are, if it’s popular online, there’s a betting prop for it somewhere.

Will Alien Life Be Confirmed in 2020?

Oddsmakers have been tuning into the Joe Rogan Experience enough or they know that their customers have been. Following a series of podcasts where Joe discussed Area 51 and other extraterrestrial topics, books began opening odds on whether we will officially discover alien life.

An alternative prop bet to this was whether the people storming Area 51 would find alien life. As crazy as finding aliens would be, it’s even crazier that people wagered over this. 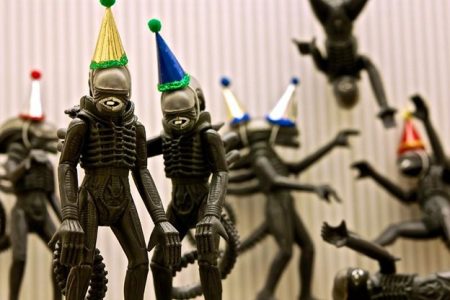 “Alien Life Of The Party” by JD Hancock is licensed under CC BY 2.0

Ah yes, the End of the World specials that get offered by some smart alec bookies once in a while. Of course, you can line this bet as high as you want and if the winner bets on a “Yes” anyhow they’d be a little bit of uh, dead, to collect.

Some books open even more specific versions of this such as what method the world will end going from drowning due to global warming or an alien invasion. We’re wondering what the payout will be if you parlay the alien invasion with the prop above.

Quidditch and Other Weird Sports

Other strange sports you can actually bet on include Reindeer racing, rock, paper, and scissors, and the Russian classic: Slap Fighting.

Who Will Bezos Date Next?

Following Bezos’s jaw-dropping split with his then-wife Mackenzie, oddsmakers couldn’t wait to jump the gun and open a betting prop on him detailing… what kind of partner he’ll take on next.

Choices ranged from CEO/Entrepreneur (+150) as the betting favorite to model (+250) to an Amazon employee (+2000). Unfortunately, “TV anchor” or “journalist” wasn’t on the list as it was Bezos’s girlfriend’s, Lauren Sanchez’s actual occupation. 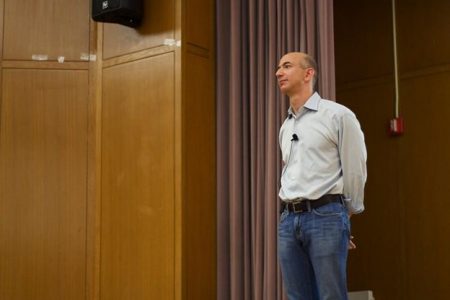 “Jeff Bezos” by Mathieu Thouvenin is licensed under CC BY-NC-ND 2.0

No list of weirdness is complete with Elon Musk. In Musk-like fashion, he announced Tesla’s entry into the truck market in spectacular fashion by pitting the Tesla Cybertruck against the Ford F-150 (cookies if you guessed which won).

Ford executives demanded a rematch on even ground and the bookmakers quickly opened betting lines. Unfortunately, Ford backed out of it and all of us have to wait if this hotly anticipated super-fight is ever going to happen.

Anything on Donald Trump

We saved the best for the last – or rather, the worst for last. Betting on political odds such as who is going to win an election is one thing, but the amount of props available to bet on Trump is another thing.

You can bet on a variety of things about what Trump will say or do from a broad range of topics including:

Although given the fact that Trump is the president, maybe none of these prop bets are really that weird.

Where Can You Find These Weird Things to Bet On?

You can be a weird bet specialist or you can just bet on plain ‘ol soccer from betting sites. Books will offer a broad range of things to put money on. If you find these books, visit the “sports” category and look for any categories from “entertainment” to “miscellaneous.”

Sometimes some of these events will have their own category. We can’t recommend actually putting money on whether the world will end in 2025 but maybe, just maybe…