I grew up in during Disney’s Renaissance when the animation studio turned world domination force, set about ingratiating itself to a new generation of kids. We got Rescuers Down Under, Lion King, Aladdin, and Hercules, just to name a few. Inspired by Disney’s push for critical acclaim, other animation studios turned out equally compelling films, like The Land Before Time, Anastasia, and The Iron Giant. Not to mention the consistently groundbreaking works of Studio Ghibli. Animation is more than just “cartoons.” It can share values and ideas with kids and confront injustice in approachable ways. Vulture compiled the 100 most influential animation sequences of all time, and the list full of nostalgia. Here are ten, but it’s worth heading over to read the original list with in-depth analysis.

10 of the Most Influential Animations of All Time

Animation has an abrupt way of dumping some big emotions at your feet, which probably wouldn’t be as palatable if candy-colored cartoons didn’t do it. This scene from Adventure Time reveals the show’s complex history and how relationships fall apart following tragedy.

Snow White and the Seven Dwarves 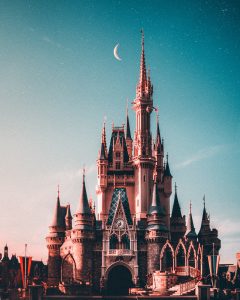 Someday My Prince Will Come

How many movies do we still watch and enjoy from the 30s? While Disney’s first animated shorts are groundbreaking, nothing has the same lasting impact as their first feature film. Snow White is still a beloved princess for many kids, and the longing and hope in this song set the tone for Disney movies for the next century.

The Return of the King

This episode earned the show a Peabody Award for sparking controversy and confronting the United States with how we’ve failed Dr. King’s vision of the future.

We should have known no one was safe in Disney movies after they gunned down Bambi’s mother. It’s right up there with The Neverending Story in terms of traumatizing movies.

The best frenemies are never better than Tom as a concert pianist and Jerry as an obnoxious mouse trying to ruin his performance.

The movie that launched one million memes. It doesn’t get much more influential than that.

Cartoons breaking the fourth wall is one of my all-time favorite gags. The animator’s silent, antagonizing character messing with Daffy is timeless in its genius.

Disney released Fantasia on VHS during the Renaissance. It was a real trip as a kid popping that tape into the VCR and behind slapped in the face with 60s animation and classical music.

This dialogue-free scene is in stark contrast to the crowded, busy bathhouse where most Spirited Away occurs. A vast shallow ocean extends in all directions, with lone train tracks carrying Chihiro past the horizon. It’s peaceful, sorrowful, and guaranteed to make you feel something.

Spiderman: Into the Spiderverse

This savvy take on a superhero movie features some of this decade/all-time best animation. Everything about Miles’ transformation into Spiderman is handled with pitch perfectness, and it’s a delightful sequence in a charming film.