If you didn’t know already, July is National Ice Cream month. And yes, we all have our favorite flavors, but there are some really weird flavors, too.  And some of them are the weirdest flavors you have ever heard of. 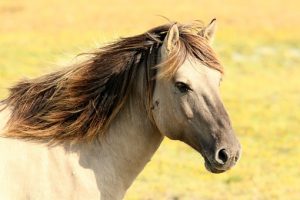 There is an indoor amusement park in Tokyo and they have a place with lots of outlandish types of ice cream. The place is called Ice Cream City, and you can try Raw Horse Flesh if you want to, they sell it there. They also sell Cow Tongue, Salt, Yakisoba, Octopus, and Squid. Nope, I’m not into trying any of those flavors. And these may not be the weirdest flavors, but they are definitely the grossest.

If you visit New Orleans’ Creole Creamery then you will soon learn their philosophy,” Eat ice cream. Be happy.” They have an abundancce of delicious flavors and rotating ice creams, sorbets, sherbets, and ices, but the Creole Tomato is not traditional and not somethng everyone wants to try, either. However, if you want to try it, this is the place to be.

Now this is not classic at all, but just the name makes me want to try it, anyhow. Who doesn’t like booze-inspired (or infused for that matter,) treats? If you are at the Hymphry Slocombe in San Francisco, then you will need to make room for this signature Secret Breakfast. It’s an ice cream made with bourbon and Corn Flakes and it’s veryy popular. So much so that you will want to get there early if you want to try it. It sells out quickly, and daily, so do not delay!

Also known as one of the hottest peppers you can eat, and now they made it into an ice cream? Well, you would think the cream would help to kill the spice a little, but then again, maybe not? This ice cream was also featured in Ripley’s Believe It or Not in 2016. They also sell an ice cream a bright red canilla ice cream mixed with cinnamon and a Carolina pepper mash, which is the hottest pepper. Yike!

So as a lover of both, you would think this ice cream flavor would top my list of must haves..but it’s hard to say.. This ice cream comes from Salt and Straw in Portland, Oregon. They also have flavors like Strawverry Honey Balsamic with Cracked Pepper. But their Pear and Blue cheese is a combination of (you guessed it,) Bartlett Pears and Rogue Creamery’s award-winning crater Lake Blue Cheese. So, who does want to try this? Is this one of the weirdest flavors you have ever heard of?

Corn on the Cob 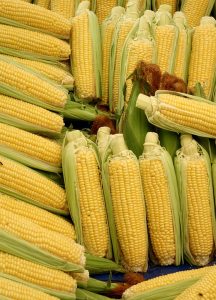 Ok, ok, so it’s summer and corn on the cob is the absolute best side for the season. But, sweet corn ice cream? This flavor is a new one and most of them are, as the company experiments daily and therefore has an always changing menu. They also do a Horseradish, Garlic, Pizza, Lox, and Jalapeno flavor, for anyone who thinks those would be good? (Yuck!) 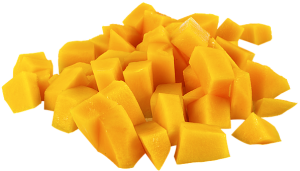 So mango sorbet is amazing, and most of them taste so much like fresh mango, you would think it was! This cream-cheese based ice cream is laced with a slightly spicy mango sauce and made with white balsamic vinegar, white pepper,  allspice, and clove.

Would you try any of these flavors? Some of them are tryable but some of them are for sure the weirdest flavors you have ever heard of. Who knows, your new favorite could be on this list!