This can be for a number of reasons, including cognitive dissonance and even the Dunning-Kruger Effect – but the impact it has on our media, government and society is profound.

In order to dive deeper into the concept, it’s important to understand what actually constitutes fake news, how it propagates, and why it is created in the first place. Let’s examine these elements and deconstruct the mystery behind the concept. 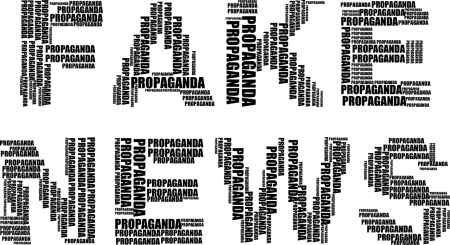 The Definition of Fake News

Figuring out what constitutes fake news – at least in theory – is quite simple. Fake news pertains to content that is either outright false or presented in such a way that the substance of the otherwise-accurate source material loses its original meaning.

Fake news is most commonly found on social sharing sites such as Facebook and Twitter, as well as small-scale “news” websites that actually serve ulterior purposes. These websites may have a political or financial agenda in disseminating false information, both of which can be powerful motivators for the forces that wish to mislead the public.

While the best news websites use interviews and factual sources to collect information, fake news relies on either misleading content or utterly false information that cannot be independently verified.

Why Is Fake News Disseminated?

As alluded to above, there are two predominant reasons why fake news is utilized.

The first and most well-known reason is to further political, social or cultural narratives. People in support of a particular movement may create instances of fake news to bolster their own movement’s appeal and perception among the public, or may create such content to harm potential opponents. The prevalence of such behavior has actually led to Facebook making huge changes to advertising restrictions for political campaigns in the UK, the US and beyond.

The second – and perhaps more common – reason why fake news is disseminated is due to financial motives. A variety of stories can be found about fake news empires earning hundreds of thousands of dollars in income through ad revenue generated by clicks and shares across social media and beyond. There is simply a huge profit motive for some to create fake news websites and articles, as sensational content tends to get more clicks and engagement. 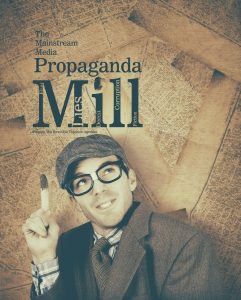 In a world so interconnected, the ability for fake news to propagate rapidly is astounding. In 2018, BuzzFeed released a list of the most popular fake news stories that spread on Facebook: more than a dozen received more than 500,000 engagements in the form of likes and shares.

Social media is by far the most efficient way for fake news to spread, allowing for the flow of rumors and outright lies in a way that could not happen in the days before the internet and social media. However, word of mouth also remains a powerful force for fake news, as one individual being exposed to fake news online can repeat the falsehoods – usually unknowingly – to family members, friends, co-workers and acquaintances.

As such, every instance of fake news has the ability to affect dozens of people in terms of impressions. This is what makes the concept so dangerous to modern-day journalism and society.

Being aware of the concept of fake news makes it possible to more accurately recognize it. Always trust top news sites ahead of no-name blogs and websites, look for credible sources that verify claims that may seem unusual or hard to believe, and be responsible when it comes to what you share on social media, via email and even in person-to-person settings. By doing so, you can avoid falling victim to fake news and will avoid any responsibility in spreading it to others.